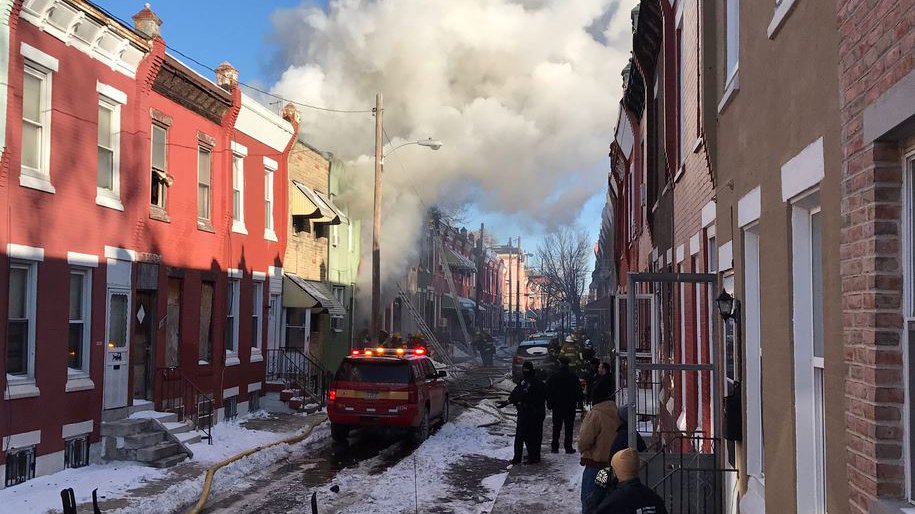 NBC10–A Philadelphia firefighter died Saturday battling a rowhouse fire in North Philadelphia when a portion of the home collapsed, pinning him under debris.

Lt. Matt Letourneau, 42, was an 11-year veteran of the fire department. Fellow firefighters pulled him from the blaze. It took about 30 minutes to get him out, officials said.

A resident also died in the fire, officials said. Two other firefighters were also injured.

The blaze erupted about 9:30 a.m. in the 2200 block of North Colorado Street, a side street off West Susquehanna Avenue near 17th Street. The fire was placed under control at 10:49 a.m.

Letourneau was pronounced dead at 11:07 a.m.

“Today is truly a sad day for Philadelphia and the residents of North Central Philadelphia,” Deputy Fire Commissioner Jesse Wilson said. “There was an interior collapse of the original fire building and the companies from our special operations unit and from Batallion 8 and 3 were able too enter the building and extricate the firefighter that we transported to Temple Hospital today.”

The block has a somber recent history. Philadelphia police Sgt. Patrick McDonald was gunned down there in 2008 while giving chase to an armed suspect.

Tweet Share Pin Email ABOVE PHOTO: Payton Gendron is led into the courtroom for a hearing at...