Fired, pro-Black Lives Matter officer sues to get job back 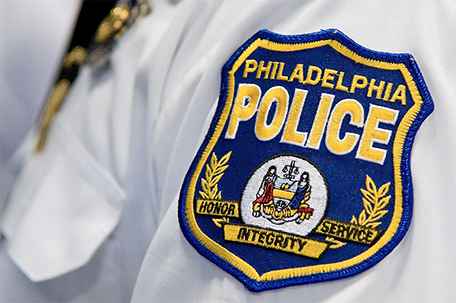 PHILADELPHIA — A former Philadelphia police officer who was cleared of charges that he falsified records is suing to get his job back, saying officials were retaliating for his support of Black Lives Matter.

Bryan Turner, who is Black, sued the city and the Philadelphia Police Department last week in federal court, claiming systematic discrimination against him. The lawsuit seeks monetary damages and reinstatement with back pay.

Turner, 31, was fired in 2018 and arrested on charges of attempted theft by deception, unsworn falsifying, obstructing justice and official oppression related to the reports department officials alleged had been falsified.

A Philadelphia judge cleared Turner of the charges after a five-day trial.

The department had alleged Turner listed a second officer in two arrests who had not been present in order to help steal potential overtime pay if that officer was called to testify. A supervisor also cited a discrepancy in his paperwork on a drug arrest related to whether Turner recovered drugs before or after a sergeant arrived at an arrest scene.

Turner’s attorney, Melissa Freeman, said testimony from another officer during trial supported Turner’s statements about the timeline for the drugs being turned over.

Freeman argued in the criminal case that the discrepancies were clerical errors caused by a misunderstanding or by an autofill system for paperwork. Other officers were given the chance to fix those kinds of errors, she said, and in some cases the errors were exactly the same.

“The above-described allegations were mere pretext to conceal the discriminatory and retaliatory reasons adverse employment action was taken,” Freeman wrote in the lawsuit.

The lawsuit filed this week alleges the firing, the charges and the refusal to reinstate Turner as an officer are all retaliation for his support on social media for Black Lives Matter and for his 2017 support for activists who were calling for white Philadelphia police Officer Ryan Pownall to be fired after the on-duty shooting of David Jones, who was fleeing. Pownall is facing murder charges.

Turner also cited a 2015 memo he sent to department leaders alleging racist remarks by a commander.

He filed a lawsuit for a hostile work environment that the city settled for $50,000 after a judge dismissed many of the allegations.

Turner alleges in the lawsuit that after he spoke out about Pownall, other police officers sent or said hostile things to him, including asking for his badge number so that when Turner was killed in the line of duty, they didn’t contribute to the officer fund for his family.

The lawsuit also notes that the department held him in unpaid suspension from the end of August 2018, when charges were filed, until December.

That prevented him from being able to draw from his retirement funds to pay expenses and caused him to miss a deadline to reenlist in the National Guard, which cost Turner his educational benefit, as well.

The police department, which is in charge of granting all gun permits in the city, also denied a permit request from Turner after he was cleared of charges, citing his police employment file and saying he was “likely to act in a manner dangerous to public safety.”

The denial prevented Turner from employment as a law enforcement officer at other agencies in the city, despite being cleared of all charges, he said.