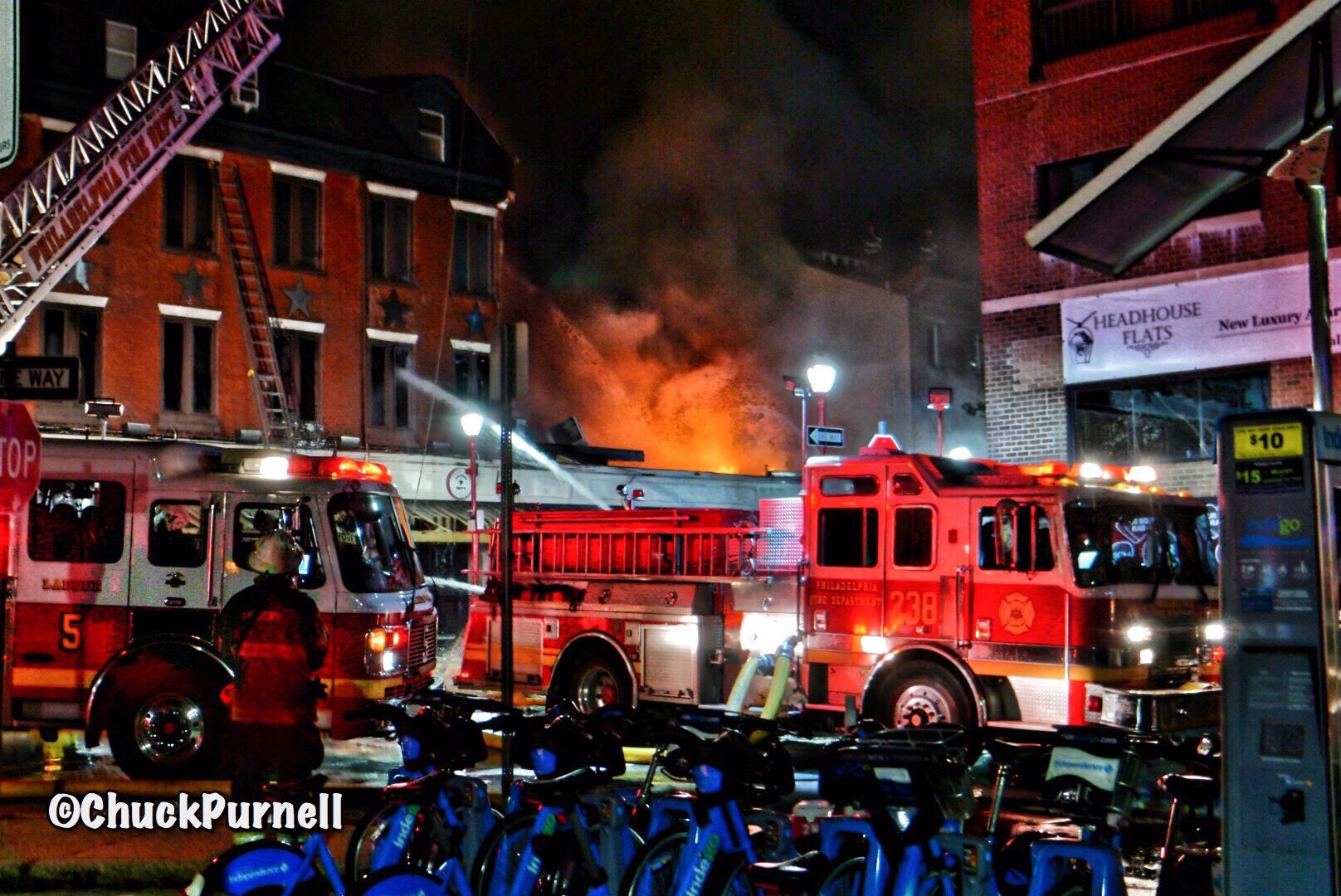 Eleven people living in nearby apartments have been displaced.

The fire began around 1:15 a.m. in the basement of Bridget Foy’s on the 200 block of South Street in the Queen Village section of Philadelphia.

More than 100 firefighters responded to the scene. They arrived to heavy smoke in the basement.

The restaurant closes at 10 p.m. on Tuesdays and was shut down at the time. Officials tell Action News there was no one inside the restaurant when the fire began.

Firefighters began with an interior attack on the flames, but had to pull out of the building because the situation became too dangerous inside.

Firefighters worked to contain the flames from spreading to surrounding buildings.

Crews were still working to extinguish the fire around 6 a.m.

Three firefighters were taken to the hospital as a precaution.

Red Paw Relief said two dogs from a nearby groomer’s died due to the fire.

The Red Cross is assisting those affected the fire.

Our hearts go out to John, Bernadette, Bridget, Paul and the entire Foy family. Bridget Foy’s has been the cornerstone of South Street for 40 years and a vital part of our colorful and vibrant South Street story – and an important part of Philadelphia’s history. Families from around the city, region and country have come through Foy’s doors to find a wonderfully warm welcome and exceptional hospitality from this beloved family (and their staff). Foy’s is a special tradition for Thanksgiving, Christmas and Easter and so many other special occasions.

Please keep the family and staff in your thoughts – as well as Howard Nelson and staff of Doggie Style, and those displaced in neighboring apartments.

Our sincere thanks for all the first responders and the city’s defenders for their efforts to contain the fire and keep our neighborhood safe.

Please stay tuned for updates about how we can support the Foy’s, Howard at the Pet Store, and anyone else affected.