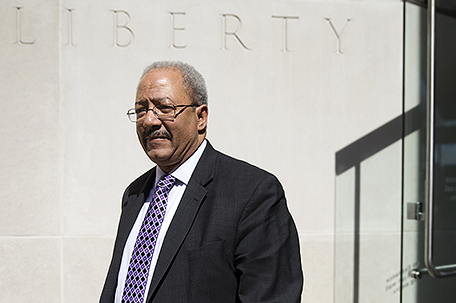 Federal prosecutors are seeking a sentence of 17 to 21 years for a former Pennsylvania congressman convicted of racketeering.

Chaka Fattah is scheduled to be sentenced Monday over schemes that largely surround an illegal $1 million campaign loan he obtained in a failed 2007 run for Philadelphia mayor.

Prosecutors in a filing this week say the 11-term Democrat held himself out as a champion of education and good government.

But they say he instead defrauded nonprofits and taxpayer-funded groups when his campaign fundraising fell short.

Defense lawyers have not yet filed their sentencing brief and did not immediately return calls for comment Tuesday.

Four others were convicted with Fattah at trial this year. His namesake son is serving a five-year prison term in an overlapping bank fraud case.