Farewell to an Icon 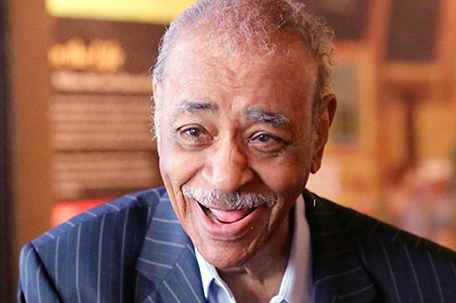 While R. Sonny Driver, publisher of the SCOOP USA Community Newspaper has left us, his legacy will live on.

R. Sonny Driver, who created SCOOP USA 57 years ago, was a Philadelphian through and through. He was born here in 1926 and graduated from Germantown High School in 1944. Shortly after that, he was drafted into the U.S. Army, where he served valiantly. Once he returned home as a proud veteran, he supported many veterans causes.

It was during the three years that Sonny served in the Army, always stationed down South, that his eyes were opened to racism and the poor treatment of Blacks in a way they hadn’t been before. Suddenly, correcting racial injustices became a centerpiece of everything that he was about and he dedicated his life to fighting them. Sonny Driver was also determined to use his life and the way he lived it, going forward to uplift the African-American community most of all.

After being honorably discharged from the Army, like most vets, Sonny’s dream was to come back home and make a difference, which he did.

Something that a lot of people may not have known about Sonny Driver is that he was an avid saxophone player. In fact, he played so well that he started playing with several local bands, earning himself some revenue and a reputation as a respected musician in the entertainment world.

Ultimately, he learned that a lot of Black entertainers in Philadelphia and in the tri-state area didn’t have anyone looking out for them because there were no Black booking agents arranging shows in the 1950s and early 60s. Sonny Driver became a booking agent for  other local performers, making sure they were well represented and that they got paid fairly. He became renowned for booking and working with top artists such as Ray Charles, Flip Wilson, Nina Simone, Jackie Wilson, Billy Paul, Sam Cooke and his life-long friend and mentee, Philadelphia’s own Bunny Sigler.

As the story goes, Sigler’s family didn’t feel equipped to handle their young teen son’s singing career. He clearly showed signs of talent, but lacked a mentor that the family could trust. Thus, Sigler’s parents gave custody of the singer, who was underage at the time, to Driver. Sigler’s voice was so good that nightclub owners and other concert hall establishments were begging Sonny to let Bunny come and perform. Bunny and Sonny had a father/son relationship until Bunny’s passing late last year. They were very close until the end.

At one point, Sonny Driver even owned a nightclub in Philadelphia, called the “The First Nighter,” and as quiet as it’s kept, when money was low, he was known to take on a bartender job here and there along the way at some of the most popular nightclubs and bars in the area. His biggest claim to fame in the show business arena was the 30 years he booked shows for Atlantic City’s Club Harlem, as well as the Uptown Theatre and other hot spot venues in Philadelphia.

By the late 1950’s, Sonny knew it was time for him to do something else, so he started thinking about starting a newspaper that would cater to small Black- owned businesses. By 1960, the SCOOP USA Community Newspaper was born and Sonny was off to the races, so to speak. The SCOOP has been in existence ever since.  Thanks to the existence of this community newspaper, many an up and coming journalist, columnist or photographer got to cut their teeth in the business thanks to R. Sonny Driver opening his door and saying, “Come on in, you can write for me.” 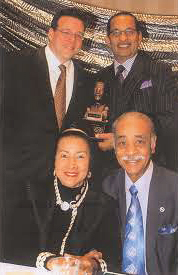 There are many things that could be shared about R. Sonny Driver and the causes he supported over the years to uplift our community. However, I will leave you with this one; R. Sonny Driver was the leading force behind getting West River Drive renamed Rev. Dr. Martin Luther King Jr. Drive. It took years and thousands of petitions. He had to garner support from the mayor, (at the time John F. Street, Esq.) and he also needed support from other area elected officials and form community leaders and stakeholders as well.

But at the end of the struggle, Sonny Driver had his way and he had his say, West River Drive was renamed Rev. Dr. Martin Luther King, Jr. Drive in 2005.

One of Sonny Driver’s glowing attributes is that he was always willing to share his knowledge about how to put together a community newspaper with anyone who asked for it. When Terry Johnson, an award-winning journalist with the Philadelphia Inquirer was preparing to start his own newspapers, Real News and the Black Philadelphia Business Journal, he sat with Sonny to learn everything he needed to know. When Heshimu Jaramogi decided to start the Neighborhood Leader Community Newspaper, who did he go to? He went right to R. Sonny Driver for advice. So did Tyree Johnson, owner of the West Side Weekly Community Newspaper.

Philadelphia will never be the same again without the larger than life spirit and energy of one R. Sonny Driver. But it’s good to know that the newspaper will continue under new owner Sherri Darden, who Sonny mentored for 20 years.

So while R. Sonny Driver is physically gone, the mark he made will live on.

Sonny Driver, founder of SCOOP USA newspaper, passes away at 91; services to be held on Jan 5