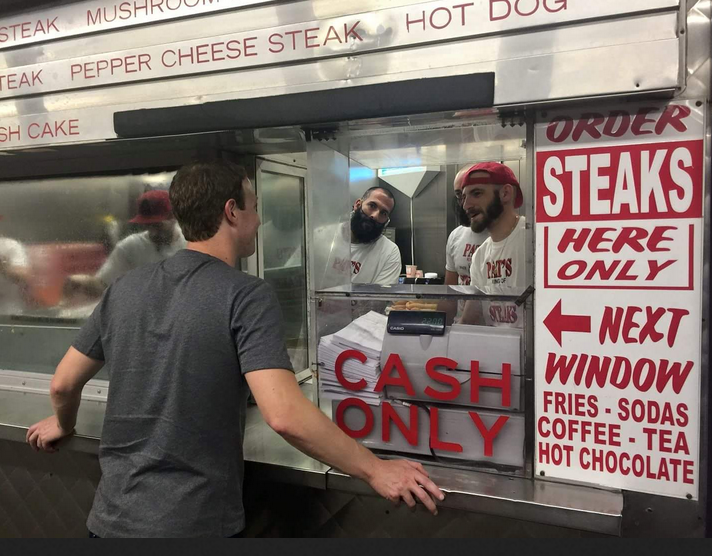 “Basically it was just the normal night after an Eagles win and next thing you know I’m calling ‘next’ and Mark Zuckerberg just pops up out of nowhere and orders a bunch of cheesesteaks,” Boninfonte said. “It was quite surprising.”

Zuckerberg posted a photo of the cheesesteak stop to his Facebook page shortly after saying he “Traveled all the way to Philadelphia for the best cheesesteak in the land.”