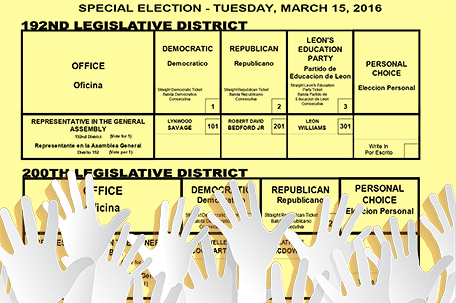 On Tuesday, March 15, voters in Philadelphia’s Northwest Section will be deciding who will be the new State Representatives in the 192nd and 200th Districts. And in seven weeks, the winners will get to run as incumbents in the Pennsylvania Primary.

On Tuesday, voters in the 192nd and 200th Legislative Districts will go to the polls to vote for new representatives.

And if they decide they don’t like the ones they picked on Tuesday, they’ll get another shot at selecting new representatives seven weeks later when the Pennsylvania primary happens on April 26.

Due to the resignation of Rep. Louise Williams Bishop as part of her plea agreement on a misdemeanor as part of a corruption sting, and the election of Cherelle Parker to City Council to replace the retiring Marian Tasco, voters in these two districts will get the chance to pick new leaders. 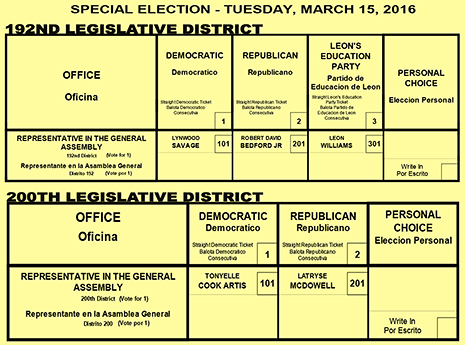 But because of the costs involved, and the fact that it looks like the new representatives will probably spend as much time campaigning as they will legislating, some are questioning the wisdom of having a special election now.

They shouldn’t, said Jay Ostrich, a spokesman for Speaker of the House Mike Turzai. He’s just doing what he’s supposed to do under Section 628 of the Elections Code.

And with so much going on in the legislature, those voters need to have someone representing them, Ostrich said.

“The speaker’s philosophy has always been that all voters are entitled to representation sooner rather than later so that the house could have a full compliment when voting on significant issues,” Ostrich said. “Not the least of which is an unfinished budget for 2015 and 2016.”

Unfortunately, this is the rule when it comes to special elections, said Patrick Christmas, Public Policy Manager for the Committee of Seventy, a good government group.

“Generally, turnout is low,” he said. “Many voters in Districts 192 and 200, for example, will not realize there’s an election taking place on March 15. High profile elections are harder to miss so more folks make it out to the polls.”

Usually, the Commonwealth reimburses municipalities when they hold special elections. The cost for this particular group of special elections won’t be known until after they’re held, said Kevin Kelly of the City Commissioner’s office. 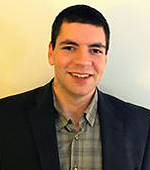 Robert Bedford Jr. is the Republican candidate for the 192nd District. Bedford is from Overbrook and is a graduate of Friends Central High School and has a Bachelor of Science in Biomedical Sciences from the University of the Sciences. Bedford is the founder and executive director of Uncharted Horizons, a non-profit organization that builds community among local kids through improvisational theater and live-action role-playing. 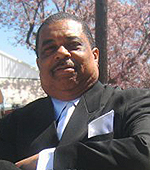 *Lynwood Savage is the Democratic candidate for the 192nd District. He is a Democratic committeeperson in the 34th Ward, which includes Overbrook, Overbrook Park, Overbrook Farms, Cobbs Creek and Green Hill. 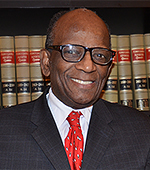 Leon Williams is running as a candidate for the Education Party. He’s a graduate of Dobbins High School, and holds an Associates Degree in General Studies from the Community College of Philadelphia, a Bachelor of Arts in English Communications from Temple University and a Masters in Educational Psychology and a Juris Doctor from Widener University. Williams is an Army veteran and was a 7th Grade teacher in the School District of Philadelphia. He ran for a seat on the Philadelphia Court of Common Pleas in 1993 and for District Attorney in 1997 and 2001.

Now here are the people running to represent the 200th District: 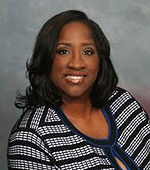 *Tonyelle Cook-Artis is running as a Democrat for the 200th District seat. She was Chief of Staff for Rep. Parker for 10 years and had also served as Constituent Service representative for former City Councilwoman Tasco. She is a graduate of Lankenau High School, has a degree in Political Science from Bennett College and a Masters in Political Management from George Washington University. She is married and has a son. 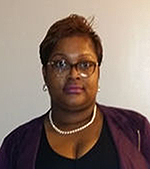 *Latryse Y. McDowell is running as a Republican for the 200th District seat. She is a Republican committeeperson in the 50th Ward and serves as the GOP Ward Committee’s vice chair. She is also finishing work on a book series about her autistic son and daughter that is slated for publication in 2016. She is a graduate of Audenreid High School and studied Business Administration at DeVry University. She is married and has five children.

Polls for the special election will be open from 7a.m. to 7p.m. on Tuesday, March 15.