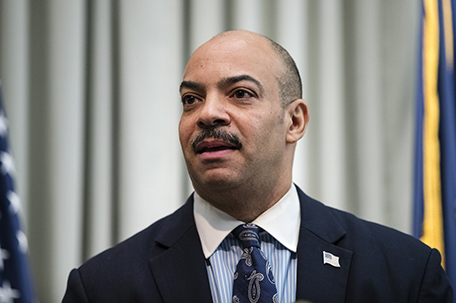 PHILADELPHIA (AP) — A former top prosecutor in Philadelphia has been released from federal prison three years into his five-year sentence.

A lawyer for 53-year-old Seth Williams says the former district attorney had about two years cut from his sentence after completing a substance abuse program and other classes aimed at reducing recidivism.

Lawyer Thomas Burke says the move to community confinement for a few months was not related to the release of inmates due to the COVID-19 outbreak.

Burke won’t say where Williams is staying but says he is reconnecting with family members and looking for work. Williams has been disbarred after pleading guilty to a bribery count midway through his 2017 corruption trial. The judge said he sold his office to “parasites.”