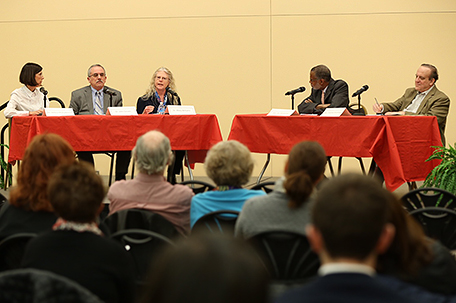 On the public education home front, there is good and bad news. The good news is that professors, teachers, students, and parents have great ideas about how to improve public education as the vestiges of the No Child Left Behind are being removed. The less than stellar news is that its replacement Every Student Succeeds Act is not the ideal replacement for Pennsylvania schools, especially those in the Philadelphia School District and surrounding suburban public schools.

This was never more evident than when about three hours of testimony was presented during a public hearing on ESSA held at Arcadia University’s Glenside campus on February 20th. The hearing was hosted by Pennsylvania State Senators Art Haywood (D-4th Dist.) and Andy Dinniman (D-19th Dist). Dinniman is also the minority chair of the State Education Committee. Other members of that committee were also on hand.

“This is not what we need for teachers in Pennsylvania,” Williams said. She pointed out that the certification process was expensive. She also shared several points why she felt that the assessment process could keep good teachers from being able to obtain certification. She, along with Groves, felt that the standardized testing of students should not be punitive against teachers. 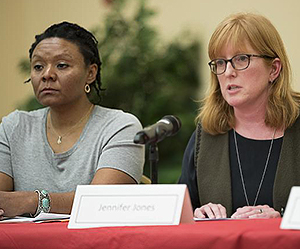 Groves said that it would be best to have “evaluation testing” to students rather than assessments. He pointed to the many reasons why showing what the students knows and needs to learn is far more valuable than testing to assess student’s abilities or teaching prowess.

Chardonna concurred, pointing out that when evaluating students, other variables must be taken into account. Among the things she listed were whether the children’s native language is English, the student’s learning styles, the environment they are coming from, and class size. She stressed that quality learning occurs when teachers have the needed resources in smaller classrooms.

“The optimal class size is 15, and many of our public school classes have 33 students,” Chardonna said.

“It’s not just we have to show proficiency,” Lempert said. “We are then compared to the testing in the schools in Upper Dublin, Radnor, and Lower Merion. They keep comparing the scores, and that does not show growth.”

Douglas explained that with the Keystone examinations that there is a period during the school year where students are just taking back to back tests. She said they are preparing and taking SATs while taking Keystone examinations and other tests, in addition to regular classroom exams. She also pointed out that the results of the standardized tests come back the following school year, and does not benefit the students who actually took them. 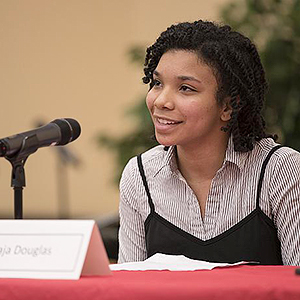 Both high school students stressed the high anxiety level of all these tests, especially for the students who are great test takers. Douglas shared the story of a student who actually committed suicide by “being overwhelmed by performance anxiety,” while Lempert said that by the time students get to the last round of tests they do not care about the results.

“This is ridiculous to do this to us in school,” he said.

On the third panel, parents Robin Roberts, Jennifer Jones, and Nikki Kane shared the intense test scheduling that takes place in the spring of each year. All concurred that there is little learning going on during the five to six weeks of testing. This is for students as young as third grade.

Jones cited the mandatory testing for Philadelphia School District fifth graders at the C. W. Henry Elementary School. Three times a year they are tested for reading fluency, totaling 2 hours. In March, they take reading exams individually. There are benchmark assessments in reading and mathematics three times a year that are 2 hours each. The PSSA examinations are given for 10 hours over eight days during the spring. This is in addition to weekly or bimonthly spelling tests, math tests and quizzes, reading tests, social studies tests, and science tests.

Roberts explained that she is among the parents who have “opted out” of her three children taking the standardized tests. At one time, some Philadelphia School District teachers told her not to send her children to school at all. So, her husband or herself took turns providing educational days for them at home or by taking trip excursions to libraries and museums.

“I have problems with the experimentation data mind biometrics (during testing),” said Roberts, who pointed out that she had several advanced degrees including a doctorate. She pointed out that students are using electronic devices where their fingerprints are being recorded, with cameras monitoring their eye gazes, facial recognition. She questions why they were using “an inordinate amount” of computer technology.

ESSA was signed into law by former President Barack Obama on Dec. 10, 2015. The measure that replaces NCLB is scheduled to go into full effect starting with the 2017-2018 school year. The Commonwealth’s education department is currently determining the Pennsylvania requirements.