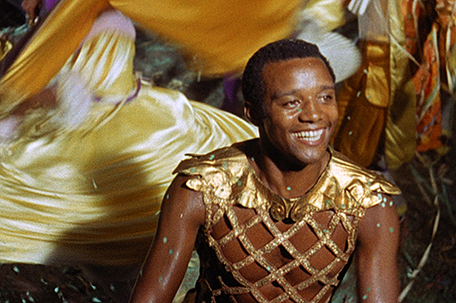 This screening is presented in conjunction with our special exhibition, Gardens of the Mind: Echoes of the Feminine View, which closes on January 16, 2018.

Winner of both the Academy Award for “Best Foreign-Language Film and the Cannes Film Festival’s” Palme d’Or,” Camus’ Black Orpheus brings the ancient Greek myth of Orpheus and Eurydice to the 20th -century madness of Carnival in Rio de Janeiro and the hillside slums of Brazil.

With its eye-popping photography and ravishing, epochal soundtrack, Black Orpheus was an international cultural event, a celebration of life, a landmark of Black cinema, as well as the musical that introduced bossa nova to the world.

Doors open at 6 p.m. for guests to view the “Gardens of the Mind”  exhibition before the screening. Film begins promptly at 6:45 p.m. RSVP online today!