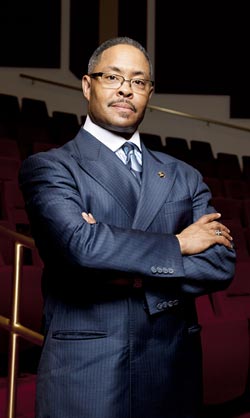 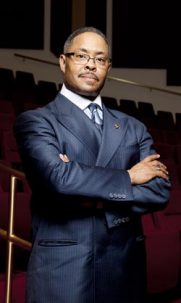 join forces to poll-monitor in African American community
Spearheaded by the Reverend Dr. Alyn E. Waller, Senior Pastor of Enon Tabernacle Baptist Church; Music Producer & Songwriter, Kenny Gamble and Rahim Islam, Convener of the Philadelphia Community of Leaders have joined forces and assembled a group of independently informed volunteers to ensure the African American community is not disengaged nor disenfranchised from voting on Tuesday, November 8, 2016.
After reading the many reports and tactics to suppress and contain the African American vote, Reverend Waller, Kenny Gamble and Rahim Islam met with the clergy of Philadelphia, civic, fraternal, business and community leaders to ensure “Election Advocates” as the volunteers are officially called are stationed at polling locations in predominately African American neighborhoods to monitor the polls. “If it’s an older woman who’s on a cane, if it’s somebody who’s thirsty, if it’s someone who just needs some encouragement – we’re that to do just that,” said Waller. “And if anyone comes around to do anything that would deter from the free, fair opportunity to vote, we will shut that down.”
The “Election Advocates” plan to station themselves directly outside polling locations where the voting bloc skews African American and have materials in hand to educate voters on their rights, contact the Committee of Seventy if they notice a voter is experiencing difficulty and notify authorities if a voter has been intimated while attempting to vote. “Recently, as yesterday, an article was published discussing weed and 40 ounce beer as a deterrent to suppress the African American vote, how disgusting, ignorant and blatantly disrespectful this is to our community,” stated, Islam. “Clearly, these individuals who are behind such nonsense are not familiar with our community; we are more informed, highly intelligent and engaged in the voting process.”
In addition, the volunteers on election-day will have an opportunity to attend a Watch Party that will be open to the public on Tuesday, November 8th starting at 8:00 pm until 12:00 am at Enon, 2800 W Cheltenham Ave, Philadelphia, PA.
To learn more about registering as an “Election Advocates” or attending the Watch Party at Enon Tabernacle Baptist Church, feel free to call – 215-276-7200 or the Philadelphia Community Leaders, visit the official website: www.philadelphiacommunityofleaders.org or call (215) 732-6518.