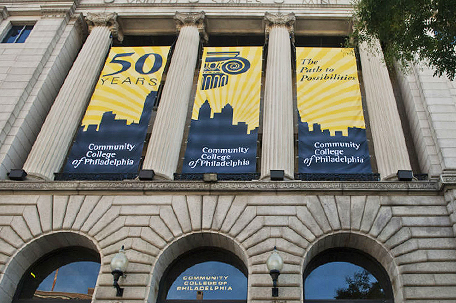 Enon Tabernacle Baptist Church is a strong supporter of higher education and is committed to making sure every Philadelphia public high school graduate can attend college.

Enon will take up an offering at the service. Funds from the offering will go toward the 50th Anniversary Scholars Program.  Special guest will be Dr. Donald Generals, President of Community College of Philadelphia.

The 50th Anniversary Scholars Program’s ultimate goal is to ensure that any Philadelphia high school graduate who wants to go to college is able to do so.

Established in 2015, in response to the White House’s American College Promise proposal, this program enables college-ready, Pell eligible Philadelphia high school graduates to attend the Community College of Philadelphia with no out-of-pocket cost for tuition and fees. Since its inception two years ago, the 50th Anniversary Scholars Program has awarded $374,586 to incoming freshman.