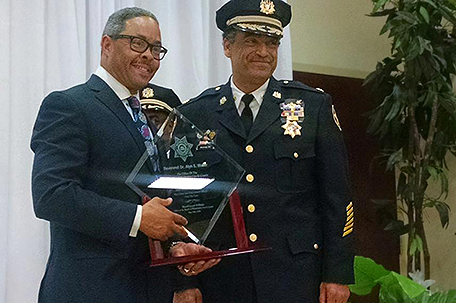 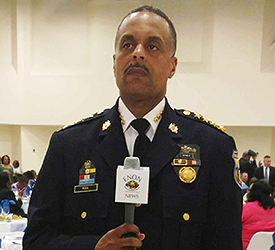 In the photos are Police Commissioner Richard Ross, who served as Master of Ceremonies and guests at the event and Mayor Jim Kenney with Enon Tabernacle’s Senior Pastor Rev. Alyn Waller. 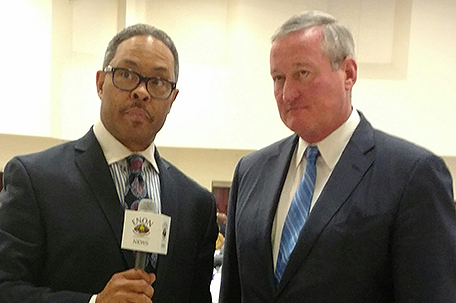