Enhanced Security For An Enhanced Experience at The Dell This Summer 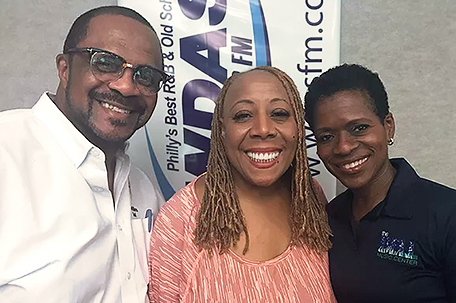 The Dell Music Center is kicking off 2017 Essence of Entertainment with both a new artist lineup, and a revamped security presence.

In wake of the Manchester Arena terrorist explosion this past May the Dell’s enhanced security is taking extra precaution to ensure concert-goers have the safest and most enjoyable experience possible.

In the past, the Dell has used a contracted company as its primary security source, but this year it’s taking it up a notch with intensified protection from the sheriff’s department and Philadelphia Police, who will monitor the walk-in security system.

The venue will also have new metal detectors in place, and will be using security wands as well.

These improvements may seem expensive, but former Recreation Commissioner Susan Slawson insists that it’s worth the investment. “You can’t put a price on saving the lives of people.”

The Dell aims to enforce its upgraded security in time for it first show of the season on July 6 that will feature performances from Jaheim, Johnny Gill, and After 7.

As for its visitors, Slawson only requests they come to the Dell prepared with small bags to help the process go smoothly, and get ready enjoy the show! “This is so the people that come and enjoy this venue can continue to do it in a safe manner in enjoy the Dell experience.”

Philadelphia-In the last 12 months, the Philadelphia Sheriff’s Office collected and sent to the Philadelphia City Treasury $61,295.000 in delinquent taxes and fees collected from Sheriff Sales.  In fiscal year 2012, the year Sheriff Jewell Williams entered office, only $27 million had been collected.

This is the third year in a row the Sheriff remitted over $60 million to the City of Philadelphia. The money is collected through monthly mortgage foreclosure sales, tax delinquent and tax lien sales as well as fees imposed for various court related services. Properties are brought to Sheriff Sales through court orders initiated by the City Revenue and Law Departments or by banks and private lenders.

“For many years, delinquent tax collection had been a problem. Often the properties we sell are delinquent for five or more years. We expect to see the backlog of tax delinquent properties decline,” Williams stated.

Under Williams, the Office redesigned the delinquent collection process and installed a data management system. At the request of the City, two additional monthly sales were added to the schedule during the last fiscal year.

The primary mission of the Office of the Sheriff is to protect those working in our Courts and  others such as witnesses, jurors and to  transport and guard prisoners going to and from Court and to carry out court orders.

The Sheriff now provides the City Treasury almost three times what it costs to operate the office. For fiscal year 2018, which started in July, the Sheriff’s budget is $23 million.