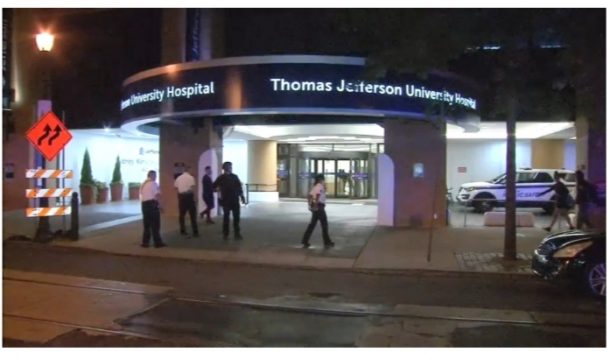 PHILADELPHIA — An employee at Jefferson Hospital was shot and killed on the 9th floor inside the hospital by a co-worker early Monday morning. The suspect fled the scene in a UHaul truck, and then two officers and the suspect were wounded in a shootout.

The initial shooting happened inside Thomas Jefferson University Hospital just after midnight. The 55-year-old suspect then left the scene, prompting a manhunt by law enforcement.

Authorities located the suspect a short time later in West Philadelphia at 48th and Parkside and a shootout erupted. Police told the news outlets that two officers were shot and the suspect was wounded. The suspect was then taken into custody. The officers’ injuries weren’t considered life-threatening.

The employee shot at the hospital, 43-year-old certified nursing assistant. He was later pronounced dead according to 6abc News.

It was unclear what sparked the shooting.

Via 6abc and Associated Press