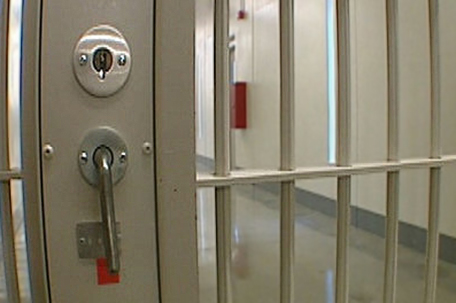 She was the queen of the “OK Corral,” a tot-toting grandmother who stepped up to rent out street corners and run the bustling cocaine trade in her north Philadelphia neighborhood after her 20-year-old son was gunned down.

By the time a younger son finished testifying against her in federal court in 1990, Myrna Suren was sent off to serve a life sentence. She was 41 years old.

Now 67, Suren will soon leave the federal prison in downtown Philadelphia where she has spent 25 years. She is one of the 6,000 drug felons set for release around Nov. 1 as part of a national effort to reduce what the U.S. Sentencing Commission now deems to be overly harsh – and expensive – drug laws enacted during the era’s “War on Drugs.”

Whatever their hopes and dreams, the thousands of inmates returning to communities across the U.S. may find re-entry more difficult than they imagined. And it’s unclear – from Associated Press interviews with lawyers, prisoner advocates, parole officials and a federal judge – how much support they’ll find.

“Some are coming out after three years, some after 20,” said Elizabeth Toplin, a federal public defender who reviewed about 800 drug cases in the Philadelphia region. “It’s a different world. These guys come out of jail and they’ve never seen a cellphone. … Unless we intervene properly, when people come home, they just don’t have the resources not to go back.”

Many of those returning home expect a smooth landing, according to their petitions for early release.

Jose Antonio Pagan plans to seek work, possibly in marine mechanics, after his sentence for smuggling hundreds of kilos of cocaine by boat from the Bahamas to Florida was cut from 14 to 11 years. Pagan said his life derailed after he “drifted to a singular crime of monumental consequences.” He and his wife are divorcing, but he said his parents will take him in. 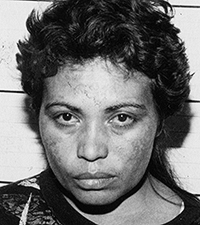 “You’ve got a bunch of people coming back, and once they’re here they have very basic human needs, and those are housing, employment and the family reunification factor,” said Tina Naidoo, executive director of the Dallas-based Texas Offenders Reentry Initiative, which has 10 full-time employees and hopes to recruit volunteers to handle the additional caseload.

About 50,000 federal inmates are typically released from prison each year. The early release program will save taxpayers millions, given the $30,000 annual cost of a prison stay, compared with $3,900 for supervised release. About 2,000 of the 6,000 being released soon are set to be deported.

Most have already been moved to halfway houses or home confinement over the past year, as their sentences were recalculated.

In Philadelphia, five or 10 people of the 45 getting early release will be tapped for an intensive probation program for at-risk offenders known as Re-Entry Court. The program – which says it has cut recidivism in half, to about 20 percent of the nearly 240 participants in the past five years – offers a broad array of social services, including counseling, tutoring, housing, health care and job training, most provided by volunteers.

“They can’t do it alone. And I think for too long society really ignored that reality,” said U.S. Magistrate Timothy Rice, a former federal prosecutor who helped start the program in 2007. “The odds are stacked against them unless somebody reaches out to help walk them through this.”

The concept is expanding nationwide, but far more people are steered to traditional probation.

All participants being released are drug offenders. Prosecutors around the country signed off on most petitions but had the right to challenge those they considered a danger to the community. Judges had the final say. Nationally, about three-quarters of the petitioners have won early release.

Suren, now a great-grandmother, remains illiterate in both English and her native Spanish. It’s not clear whether she will return to the Hunting Park neighborhood, or whether anyone there would welcome her back. She’s spent the last quarter-century at the Federal Detention Center in Philadelphia, just a few miles from home, where her family’s “Gray Tape” posse once slugged it out with rival gangs to control the $1.5 million-a-month neighborhood drug trade.

“I think she never thought that she would be tried, and never in 100 years did she expect to get life,” said Carina Laguzzi, a private lawyer working with Rusen’s granddaughter to win her release. “I have guys who have shot people, maimed people, and they’re not serving life.”