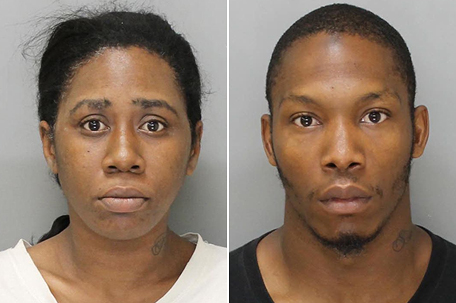 On Tuesday, June 10, 2014, at approximately 12:00 PM, Officers responded to the Barry Elementary School located at 5900 Race Street for a report of narcotics in a classroom. Upon their arrival at the school, Officers were notified by the complainant’s teacher that the complainant (6-year-old female student) was in possession of 10 packets of alleged heroin which were turned over to police.

Medics responded and evaluated the 20 students that were inside the classroom, 19 of the students were placed on a school bus with medics and transported to Children’s Hospital of Philadelphia for evaluation.

The complainant was also transported to CHOP by medics; as it is believed that she had torn open one of the packets with her teeth and was complaining of stomach pains.

The alleged heroin was transported to the chem. lab and tested positive as heroin. K-9 was contacted and conducted a search of the classroom with negative results. The school remained in session and was dismissed at 2:35 PM.

After being evaluated at CHOP, the children were released to their parents.

DHS was notified and took custody of the complainant.

Southwest Detectives recovered an additional packet of alleged heroin from the complainants pants pocket during her interview at CHOP for a total of 11 packets recovered in this incident.

The Narcotics Field Unit responded and prepared a search warrant for the complainant’s home (4200 Viola Street), recovered from inside the 2nd floor front bedroom were 18 packets of marijuana.

Both offenders were charged with Endangering the Welfare of a Child, Recklessly Endangering Another Person and Narcotics Possession.