Dr. Archima Major: Saving lives through our eyes (Part One) 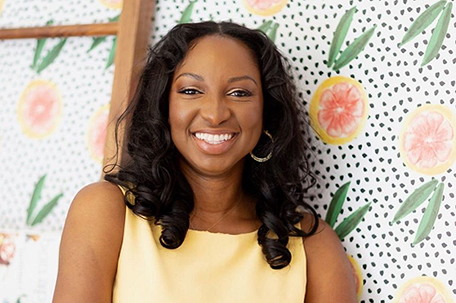 Dr. Archima Major, OD, FAAO is an ophthalmologist with a practice that is unlike anything you will ever see. She has Liberian roots and at the age of 42, has changed more lives for the better in a holistic way by simply looking through the eyes of her patients.  Dr. Major’s Eye Innovations,  LLC is nestled in a small cul-de-sac in Drexel Hill. When one enters her office, there’s an immediate feeling of warmth. The space is inviting and airy, and her staff is superb.

Major believes in treating every patient as if they are her only client, and her attention to detail is flawless. She is open and transparent with her patients, friendly and kind, but no nonsense in her approach to their health and well-being. She is so persuasive that her patients immediately begin following her advice, with excellent results.

For insight into Major — who is humble and prefers speaking about her patients that she lovingly gave hope through her advice and the technological advancement in her welcoming office rather than herself — one only has to speak to Debra Smith, who has been Major’s administrator, office manager and technician for the last two years.

“When I started, I noticed she [Major] was really good at what she does — and [that] the patients loved her,” Smith said. “If she spoke, people followed her advice. When they did follow the advice exactly as she had given them, they saw changes. She even looked in my eyes and told me all the conditions I had — thyroid issues and anemia.

I went to my primary doctor and they confirmed it through blood work. People came into this office with no hope and left in tears because she helped them. The thing I love the most is that she has gotten people off the medications through proper diets. Dr. Major needs two chairs — one for therapy, and one for vision. I love working here and working for her.”

One of Major’s patients — Wilmot Gibson — is an exercise enthusiast who loves taking on physical challenges and would run an average of two marathons a year. Born in Liberia, Gibson originally met her at a Liberian function where she is involved in several philanthropy efforts.

When he learned that she was an ophthalmologist, he decided to support her business by becoming her patient and began routine visits. That chance encounter has proven to be one that may ultimately save Gibson’s vision. During one of his routine exams, Major noticed that Gibson was developing retina issues and in her usual way, decided to try and get him to reverse those issues through non-pharmaceutical measures.

As time went on though, Gibson realized that each time he exercised or would run for a long stretch, his vision would get blurry. Working with Dr. Major, they began trying to find a diagnosis because he was a healthy man with no other issues. One night on his way home from the gym, the traffic lights began to look like Christmas lights and Gibson realized that there was a much more serious issue at hand.

He then drove himself to the local hospital, where he had a brain scan and was told that his right eye was filled with fluid.

He was taken straight to Wills Eye in Philadelphia, where Dr. Major met him at her office and began doing a series of tests to pinpoint the issue. After doing this, she told him to go and get a sleep study, because she believed there was not enough oxygen and that he may have sleep apnea.

She was absolutely right, and Gibson ended up on a CPAP machine, which helped him to sleep better and improved his eyesight, to the point where another eye doctor asked him how he was able to get the fluid from his eyes, when they could not figure out his issue.  He told him that Major figured it out and helped him.

Major determined that the fluid in Mr. Gibson’s eyes was coming from a condition called recycled stress. That simply meant each time his adrenaline built up from exercising, his eyes would become blurry. That meant Gibson was no longer able to exercise past a certain point, so he had to stop running marathons and could not ride his bicycle for long distances. The only thing he can do at this point is take short walks and practice yoga until further notice.

Not being able to exercise at the level he is accustomed to is incredibly stressful for Gibson. Major is still trying to find out why his body is producing recycled stress. Gibson is grateful that Dr. Major is not just focused on his eyes, but on his total health.  As a result, he drives from New Jersey to see her, bypassing many other eye doctors. His entire family sees her, too.

Kahliya Robinson is a 37-year-old woman who was recommended to Major by a former co-worker 10 years ago. She was diagnosed with a rare condition called keratoconus eye disease, and was seeking a physician who understood her issues, because this disease causes a halo effect on the lens of your eyes over time and Robinson thought that all she would need was a stronger prescription.

The prescriptions were getting stronger, but her vision was not getting any better and she was concerned she would lose her eyesight. The optometrist that Robinson was seeing before consulting Major told her that her cornea was becoming a cone shape, and there was nothing else he could do for her. He recommended that she see a specialist, and that is how she and Major began their journey. Robinson was told she could have a cornea transplant, but she balked.  Major also had another solution for her —  a special procedure that would help to flatten the cornea from cone shaped to a normal shape.

It was quite a process. She had to be awake, but it was not very painful. As Robinson healed over the next year, Major fitted her with a special contact lens in her right eye, and that improved her vision substantially. Robinson believes that Major’s attention to her overall health —and not being someone who overly prescribed medication — has been wonderful for her. She says that being able to see is a beautiful thing.

Make sure to pick up next week’s edition of the SUN for Part Two of this inspirational story.

The advice offered in this column is intended for informational purposes only. Use of this column not intended to replace or substitute for any professional, financial, medical, legal, or other professional advice. If you have specific concerns or a situation in which you require professional, psychological or medical help, you should consult with an appropriately trained and qualified specialist. This article, its author, the Philadelphia Sunday SUN newspaper and publisher are not responsible for the outcome or results of following any advice in any given situation. You, and only you, are completely responsible for your actions.

Your eyes are a window to your health: Why you need regular exams

You can get rid of those pesky puffy eyes with a few simple, home remedies