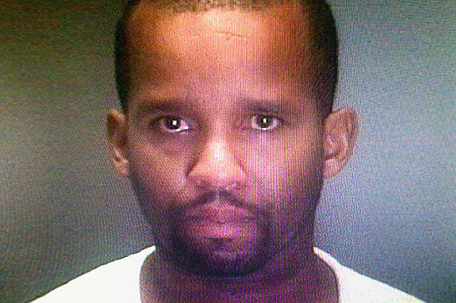 A man accused of abducting a Philadelphia woman and a Virginia teenager just weeks apart is making a federal court appearance in Pennsylvania.

Federal prosecutors will try Delvin Barnes in the Philadelphia case before he is turned over to Virginia authorities. He is set to appear before a federal magistrate in Philadelphia on kidnapping charges Wednesday afternoon and perhaps be assigned a lawyer.

Barnes, 37, of Charles City County, Virginia, has been in custody since his capture last week.

Police searching for the 22-year-old woman abducted near a Philadelphia bus stop found Barnes and the victim in his car in Jessup, Maryland, three days later.

He is charged with attempted murder in the abduction of the Richmond teen in early October.

Barnes allegedly hit the girl in the head with a shovel, stuffed her in a trunk and took her to a mobile home, where he doused her in bleach and gasoline before she escaped. Police say she broke free as he was digging her grave.

Police in Virginia said they have interviewed him at length about the case. They said he did not ask for a lawyer.

The Philadelphia victim, Carlesha Freeland-Gaither, had gotten off a bus on a Sunday night when she was grabbed off the street. A witness said she kicked out the rear window as she fought with her attacker.

Federal investigators used a GPS device placed in Barnes’ car by a used car dealer to help locate the vehicle and rescue Freeland-Gaither.

Barnes was released from prison a year ago after serving eight years for choking his estranged wife and assaulting her parents in Philadelphia.