Don P. Roberts: The man behind the beat of DRUMLine Live! 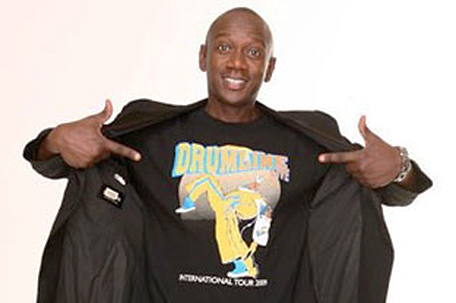 Drumlines have long been dubbed part of the official HBCU experience. In recent years, a large amount of attention was drawn to drumlines and drumline battles, thanks in part to the 2002 dramedy “Drumline” and its subsequent spin-offs. The Drumline films took those unfamiliar with traditional drumlines and HBCUs into the world of snares, tenor drums, bass drums, cymbals, and formations. One name that is quite notable in the world of drumlines is Don P. Roberts, M.M.ED.

Roberts, a musician, educator, and entrepreneur served as the executive band consultant for the film “Drumline.” The popularity of the movie resulted in Roberts’ founding and producing the stage production “DRUMLine Live in 2007. “ DRUMLine Live returns to Philadelphia for a two-day installment at The Merriam Theater.  Roberts was eager to talk about the show and what the audience can expect from the DRUMLine Live experience.

Roberts’ love for music and introduction to bands started non-traditionally. He joined the band in the seventh grade to fit in with friends, and to avoid the perils his small frame earned him on the football field. It wasn’t until the ninth grade that his love for music was ignited under the direction of a very special teacher.

He continued his drumline career at Florida A&M (FAMU) and described his experience by saying, “There was music and the music was great, but the work ethic, the pride, the honor from all of the hard work… that’s something that gave me just as much as the music. It built my character, my discipline, and my drive.” 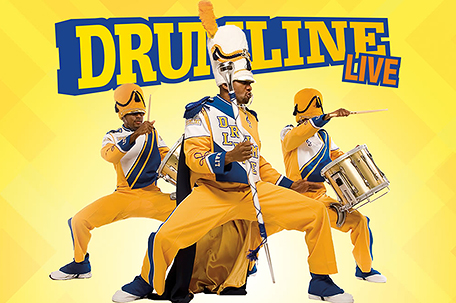 The work ethic Roberts developed at FAMU lead to some dynamic career opportunities — the biggest being his role in “Drumline.”

“What an amazing experience that was! I think there is something about being prepared that gives you opportunities,” Roberts remembered. “ That experience came about when I got a phone call from Grammy award-winning music producer Dallas Austin’s office. He was the music supervisor for ‘Drumline ‘ which I didn’t know at the time. He said he wanted to come to my band rehearsal… “I thought ‘What in the world for?’”

He continued. “At the end of rehearsal he said, I’m working on this movie (Drumline) and I’d like you to be my chief band consultant. He had been watching my band for a couple of years and said he was a big fan. He picked me for the position and it just kept going from there.”

Even before the success of the film, Roberts knew that “Drumline” had the potential for much more. He recalled the conversation he had that became the catalyst for bringing “DRUMLine Live” to the stage.

“I was on the set with 20th Century Fox promoting Drumline. I was enjoying a conversation with one of the executive producers, and I said: “How cool would it be to put something like this on stage?” We kept working on it, and we got it on stage. We’ve been rolling every since 2007, and we haven’t stopped.” Only one question remained… what can audiences expect to see at DRUMLine Live? Robert answered this question with a great deal of enthusiasm saying, “I promise this is a very honest answer… Be prepared for the unexpected! I don’t care how I describe it, how much detail I give you, there’s nothing that can prepare you.

In “DRUMLine Live,” there are no recordings — we do everything live! We cover music from the 1930s all the way up to 2017. You might hear Duke Ellington but you’re probably going to hear some Bruno Mars and Juju on that beat too. It’s a family show… we cover every generation, so we have something for everybody. The audience can expect to feel like they’re apart of the show. We guarantee that people will be on their feet within the first five to ten minutes of the show!”

Philadelphia is in for a special treat with “DRUMLine Live” at the Merriam Theater on March 9th and 10th. Visit www.kimmelcenter.org for more details on ticket information.

Drumline: A New Beat – the Panthers didn’t need an encore