DNCC-Welcome To Philadelphia! Some Philly facts! 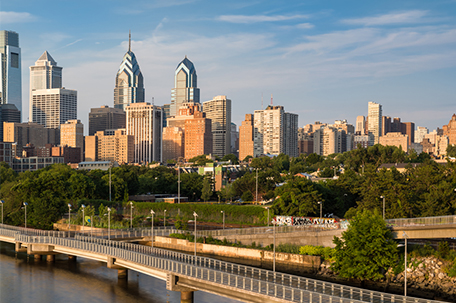 • Philadelphia is the City of Murals, with 3,800 Mural Arts Program creations throughout the city.

• Elfreth’s Alley is the oldest continuously inhabited street in the United States.

• Though there’s no official source, it is widely believed that Philadelphia has the most public art in the country.

• Philadelphia’s City Hall was the tallest occupied building in the world until 1909. It is still one of the tallest and largest all-masonry buildings.

• With an estimated 300 BYOBs to choose from, diners often bring their own alcohol to dinner—a result of Philadelphia’s Quaker-rooted liquor laws.

• The state name on the Liberty Bell is spelled “Pensylvania,” an accepted spelling at the time.

• The city has the second-largest Irish and Italian populations in the country, after only New York City.

• Philadelphia’s municipal park system is one of the biggest in the nation.

• The Rodin Museum houses the largest collection of Auguste Rodin sculptures outside France.

• The Benjamin Franklin Parkway was inspired by Paris Champs-Élysées.

• The Mütter Museum of The College of Physicians of Philadelphia counts Albert Einstein’s brain as part of its collection of medical oddities.