Divas Simply Singing! concert to be held Aug. 22 at the DELL 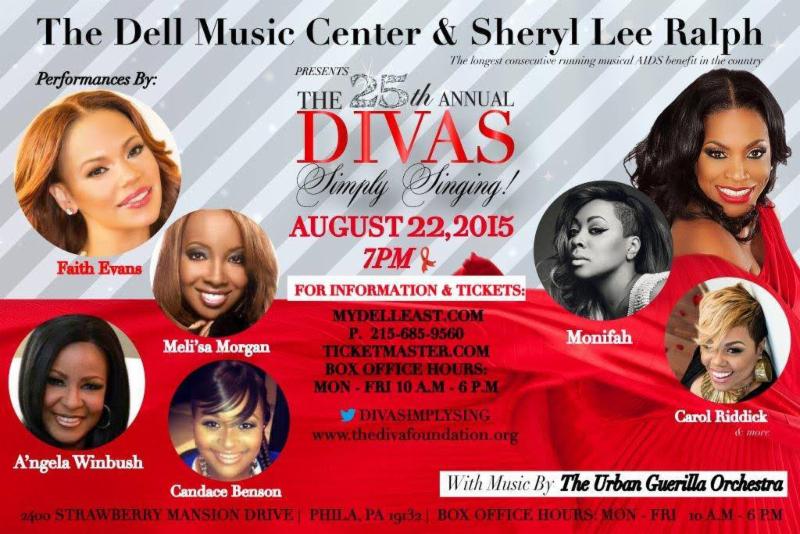 The event will include soul-stirring performances by some of the most talented women in entertainment, including:  Faith Evans, Melba Moore, Angela Winbush, Meli’sa Morgan, Monifah,  Candace Benson, Alyson Williams, Philly’s own Carol Riddick Bucks County native Matthew Schuler (“The Voice”), the Urban Guerilla Orchestra and more!

DIVAS Simply Singing! – presented by Sheryl Lee Ralph’s DIVA (Divinely Inspired Victoriously Alive) Foundation – is the longest consecutive running HIV/AIDS benefit concert in the country and utilizes star power to help raise money, awareness and erase stigma associated with patients who have contracted the disease. The benefit concert features a host of the entertainment industry’s most talented women united in song to continue the courageous battle to halt the spread of HIV/AIDS one song at a time.

The event will also feature on-site testing and testimonies by those who are impacted by HIV/AIDS. Additionally, organizations that provide services and support to this targeted population will distribute important resource information about prevention and treatment.

Information about tickets for DIVAS Simply Singing! can be obtained at The Dell Box Office, 2400 Strawberry Mansion Drive, Philadelphia, PA, 19132, or Ticketmaster. Visit The Dell website: www.mydelleast.com or (215) 685-9560.

Look who ‘popped up’ at the Dilworth Plaza! 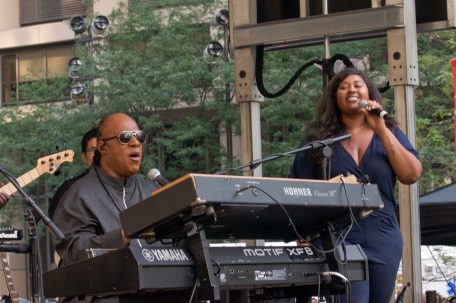 Stevie Wonder appeared at a Pop Up Concert in Dilworth Plaza this week, accompanied by Philly songstress Jasmine Sullivan for a very excited audience in attendance.  Wonder will be back for another concert in October at the Wells Fargo Center; tickets go on sale Friday, Aug. 21.

Erykah Badu performed at the Dell on Friday 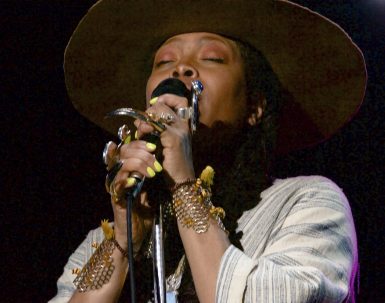 Erykah Badu performed at the Dell on Friday, August 14, 2015 after missing the scheduled appearance the day before. Many of the Thursday’s ticket holders returned on Friday and was very excited by her outstanding performance.

Babyface and Toni Braxton performed at the Dell on Thursday 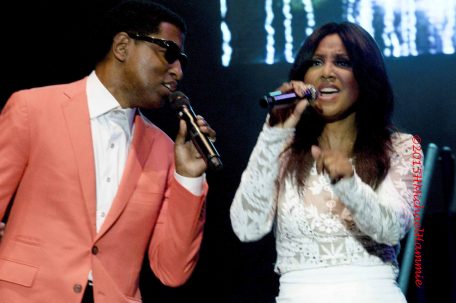 Babyface and Toni Braxton performed at the Dell to a sold out audience on Thursday, July 23, 2015. (Photos / H Michael Hammie)