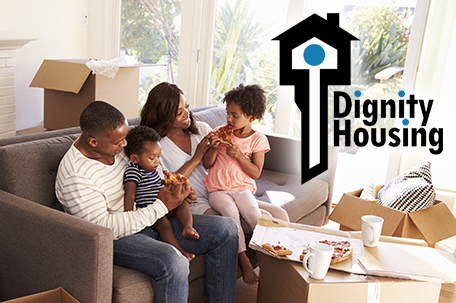 On Saturday, May 5th, Dignity Housing will host their “Cheers to Thirty Years” gala at the Regal Ballroom, 5411 Oxford Ave.

This year’s gala will commemorate the organization’s 30 years of working to alleviate homelessness and poverty.

As part of the event, the Super Bowl champion Philadelphia Eagles will be honored with the organization’s “Champion of Dignity” award. Dignity Housing was one of three Eagles Care Partners chosen for the 2017 season. There will also be a silent auction, dinner and dancing.

In 1988, Dignity Housing became the first housing and supportive services program in the nation to be founded and guided by homeless activists and advocates. Thirty years later, Dignity continues to provide quality supportive services, which are individually designed. To date, Dignity has served over 5,000 homeless families and individuals, helping them to gain the skills to become self-sufficient.

“Dignity Housing continues to be a beacon of hope and inspiration for the impoverished and homeless population,” said board chair Tony Braxton. “This year’s gala will bring together 200 city leaders, supports, and members of the business community; it will prove to be a premier networking event.”

“It is an impressive accomplishment to celebrate 30 years advocating and providing support services to families despite insufficient public funding for housing assistance,” Braxton continued. “I am proud of the staff, volunteers and donors who comprise the incredible Dignity family.”

The gala is Dignity’s primary source of fundraising for its programs. Last year, proceeds from the event helped to provide housing and supportive services to 178 adults and children in 68 households and helped 40 individuals move from Dignity’s transitional housing programs into permanent housing.

“For the 18 years that I have worked at Dignity Housing, what has driven me the most is the perseverance of our clients to achieve their goals in the face of many obstacles,” said the organization’s executive director, Vanessa Tercero.  “As we celebrate our 30th anniversary, I look forward to continuing to support their efforts.”

Dignity Housing to hold 30th Anniversary Gala on May 5th