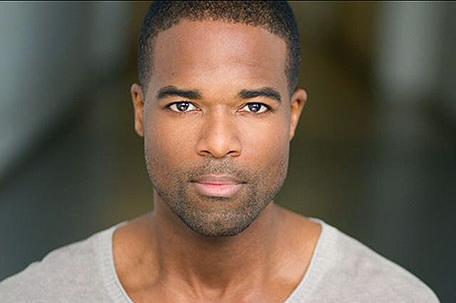 There are musicals that have stood the test of time and will be classics forever. Among those musicals is “The Phantom of The Opera.” The Broadway musical, initially created in 1986, features a score by world-renowned composer Andrew Lloyd Webber and characters that audiences continue to fall in love with. A new actor in the play audiences are sure to love is Derrick Davis. A musical theater veteran, Davis is breaking down barriers and making history as the third African American Phantom for the production and the very first national touring African American Phantom of The Opera.

A Long Island New Yorker, born to Panamanian parents, Derrick Davis fell in love with music at an early age. Ironically his first introduction to musical theater was a premonition of sorts of what was to come. Davis explained.

“The first time my parents took me to see a Broadway show, it was ‘Phantom of the Opera’ believe it or not,” Davis said. “It’s so strange, it’s such a full circle moment. When I came back home I told my father,  ‘I’m going to be an actor, I know it.’ His response was,  ‘All actors are waiters.’ So, I started walking around the house with towels over my arm, because in my naïveté I just thought, ‘I’m going to be a waiter and then I’m going to be an actor.’”

Davis shared his visceral reaction to first seeing “The Phantom of The Opera,” an experience that has stayed with him throughout the years.

“There was so much sensorily to take in,” Davis recalled.“The costumes, the music, the singing, the entire theater… and of course the Phantom. But beyond the character of the Phantom, there’s so much depth to the show as a whole. As a kid, as an adult, as a human, all that grandeur is overwhelming. You can’t walk out the door without being affected by it.”

After studying music in high school, and opera throughout college, Davis went on to play several iconic roles. He played Mufasa on Broadway, and both Mufasa and Scar in the US tour of “The Lion King,” and Curtis Taylor Jr. in “Dreamgirls” at The Dallas Theater Center. After a lengthy and intense auditioning process, which required approval from the local team, British teams, Cameron Mackintosh, and Andrew Lloyd Webber himself, Davis was offered the role. He shared his feelings on the significance of what it means to be the first.

“I always struggle with this, because I’m still trying to figure out a proper word,” Davis said. “I’m not sure that one exists for what this feels like. There’s so many things mixed into one. It’s wonderful… full of wonder, the experience, the moment, the feeling. It’s very weighty. The responsibility of being among the first in this country to do things, being looked at as the first, the level of responsibility to be a first… nothing less than excellence is appropriate. You don’t get a chance to have an off day, you don’t get a moment to be tired, you don’t get to not feel like doing an interview, those aren’t options when you’re the first.”

“That level of responsibility is something that I really had to come to grips with before I put my name on that contract,” Davis continued. “I did, and I’m glad I did, because it feels like part of my destiny at this point… to continue to do things like this, to open doors, to hold doors open, to change minds, and to change lives.”

In addition to changes in the cast, there have also been some changes to the set and staging of “The Phantom of The Opera.” Director Laurence Connor, the director of this production, aims to create a distinct dynamic with the new aesthetics which Davis describes as “more honest, more real, more gritty, and darker… it’s amazing what’s created on that stage!”

With the advances of technology, “The Phantom of The Opera” is also able to travel with a surround sound system that they put in every theater they perform in, as well as new lighting design and an array of pyrotechnics. However, the music that this breathtaking show is known for remains untouched. That music  can only be enhanced by the incredible smooth and resounding voice of Derrick Davis. He left the audience with the following words regarding what they can expect.

“Expect everything you don’t expect!” Davis said. “There are so many moments in the show and in the characters where you’ll see yourself reflected. It’s a love story, it’s an adventure, it’s a gorgeous opera within a musical, and it’s everything you want from a musical theater experience. So I would say get in your seats, buckle your seatbelts and enjoy the ride it’s amazing!”

There is no doubt that Derrick Davis and his career will continue to soar. Visit http://therealderrickdavis.com/ for more on Davis’ upcoming shows and projects.

“The Phantom of The Opera” will be at The Academy of Music from November 1st through November 12th. Additional ticket information is available at www.kimmelcenter.org. This is a show you can’t afford to miss!