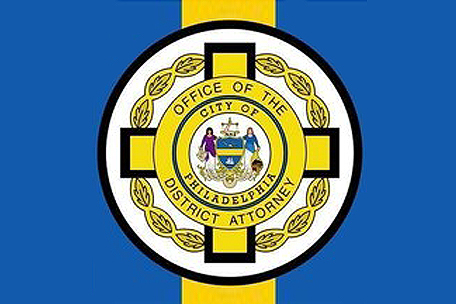 The 30th Philadelphia County Investigating Grand Jury has issued a presentment against Philadelphia Police Chief Inspector Carl Holmes. In it, they asked the District Attorney to institute charges against Mr. Holmes based on their allegations.

At present, these are allegations only, and Mr. Holmes remains innocent unless or until proven guilty in a court of law.

According to the presentment, during his tenure as an Inspector or Chief Inspector, Carl Holmes developed relationships with new recruits and young female police officers through his position at the PPD training academy and his rank as a senior officer, presenting himself as a safe resource or mentor.

According to the presentment, in two instances, when junior female officers came to Holmes for the guidance and mentorship he offered, he came on to them, and against their will and without their consent kissed them, fondled their breasts, and digitally penetrated their vaginas in a Philadelphia Police Department office. In another incident, the grand jury alleges that a third complainant was encouraged by Holmes to join his elite task force. Three days after joining the unit, the grand jury alleges that against her will and without her consent, she was also kissed, groped, and digitally penetrated by Holmes.

According to the presentment, Holmes’ position as a high-ranking officer at PPD insulated him from any meaningful investigation; all three of the young female police officers were subjected to investigations by the Internal Affairs Division of PPD after reporting sexual assault or sexual harassment allegations. The grand jury alleges that PPD culture discourages reporting a fellow officer, especially a boss.

While we will not comment further on an open criminal matter, we remind the citizens of Philadelphia that our doors remain open should they need to report a crime. Our Special Investigations Unit hotline, 215-686-9608, is available to you during business hours. When messages are left for us, calls will be returned. Additionally, we want to remind anyone in need or want of services or resources that they can contact Philadelphia’s rape crisis center, operated by WOAR, 24/7, at 215-985-3333.”