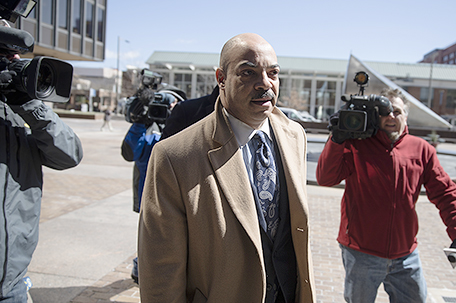 PHILADELPHIA (AP) — In a surprise move, Philadelphia’s top prosecutor has pleaded guilty to a corruption charge and agreed to resign.

District Attorney Seth Williams pleaded guilty Thursday in federal court to a single count of accepting a bribe from a businessman.

The move came after weeks of damaging testimony against the two-term Democrat, who didn’t run for re-election this year.

The 50-year-old Williams was accused of illegally accepting gifts from businessmen in exchange for legal favors. He was also charged with fraudulently using thousands of dollars from his campaign fund for personal expenses, misusing city vehicles and misappropriating money intended to fund his mother’s nursing home care.

He had been charged with 29 counts of bribery, extortion and fraud.

According to reports, 28 counts were dismissed, a prosecutor said Williams admits he “committed all of the conduct.”