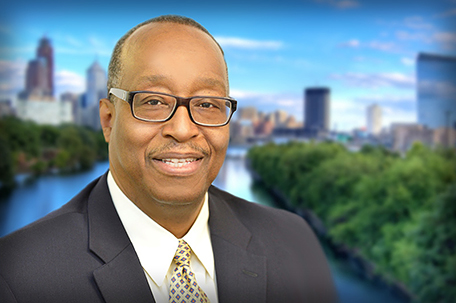 Listenbee, who was appointed as the Administrator of the Office of Juvenile Justice and Delinquency Prevention (OJJDP) for the U.S. Department of Justice (DOJ) by President Barack Obama, will bring his operational expertise and experience working at the local, state, and national levels on juvenile and criminal justice issues to the newly created position. Judge Carolyn Engel Temin and Listenbee will both serve as First Assistant District Attorney’s with distinct operational and legal portfolios.

District Attorney Larry Krasner said, “The Philadelphia District Attorney’s Office is lucky to have two First Assistant District Attorneys whose talents and expertise are so complementary and so weighty. By having Robert Listenbee, who distinguished himself in the Obama administration as part of my team, we will be able to add more capacity to everything we do from juvenile justice issues to supporting the communities we serve to offering our city’s most vulnerable citizens a helping hand.”

“The City of Philadelphia has always been home to me, and having the opportunity to join the Philadelphia District Attorney’s Office as DA Krasner’s First Assistant, as he embarks on one of the most consequential reform efforts of any district attorney’s office in the nation, is not just an honor, but is beyond exciting,” said First Assistant Robert Listenbee. “There is something special happing here in Philadelphia, and I’m ready to take what I’ve learned from my time at the Defender’s Association and in the Obama Administration and apply it to Philadelphia’s justice system to make it fairer and more effective.”

As the Administrator of OJJDP (March 2013 to Jan. 2017) Listenbee supervised an annual budget of more than $265 million dollars and a staff of 70 full-time employees. His primary focus was to address the core protections outlined in the Juvenile Justice Delinquency Prevention Act, reduce out-of-home youth placements, and oversee the nation’s juvenile justice system by creating evidence based practices and programs. Some of the initiatives that he championed were halting youth violence, ending the “school-to-prison pipeline,” and reducing the involvement of girls, Hispanic youth, and LGBTQ-GNC youth in the nation’s juvenile justice system.

During his time at the OJJDP Listenbee partnered with the Department of Education to enhance correctional education in residential placement programs, worked with the Department of Housing and Urban Development to develop programs to expunge juvenile records and eliminate barriers to successful re-entry, played a central role in the U.S. Attorney General’s Defending Childhood Initiative, and co-chaired the Attorney General’s National Task Force on Children’s Exposure to Violence which developed recommendations for launching a coordinated national campaign to address children’s exposure to violence.

Before joining the Philadelphia District Attorney’s Office (DAO) Listenbee focused on juvenile justice reform policy and worked to improve support for juveniles in the juvenile justice and welfare systems as a Stoneleigh Foundation Visiting Fellow at Drexel University. The Stoneleigh Foundation is dedicated to supporting the Philadelphia region’s vulnerable youth, by awarding fellowships to leading practitioners, researchers, and policymakers to study and implement meaningful change.

“During his tenure as a Stoneleigh Foundation Visiting Fellow, Bob Listenbee has been extraordinarily productive, serving as a bridge builder and strengthening collaboration among Philadelphia’s youth-serving systems,” said Ronnie L. Bloom, Executive Director of the Stoneleigh Foundation. “In this new role at the Office of the District Attorney, Bob will be uniquely positioned to apply these skills and help Philadelphia become a model for how prosecutors can work alongside community stakeholders toward a common aim of justice.”

Listenbee worked at the Defender Association of Philadelphia, rising to Chief of the Juvenile Unit (Sept. 1986 to March 2013). As a trial attorney, he handled hundreds of misdemeanor and felony cases in juvenile and criminal courts, in addition to jury trials. As Chief and Assistant Chief of the Juvenile Unit, Listenbee worked closely with the Chief Defender to enhance access to counsel and the quality of representation for youth in Philadelphia and Pennsylvania. He lead the effort to obtain over $2 million in grant funds from governmental organizations and private foundations to support innovations within the Juvenile Unit. Listenbee stablished an Investigations Unit with full and part-time investigators, built a Juvenile Special Cases Section that handled sex assault cases, established a training program which provided support for juvenile defenders across the Commonwealth and enhanced initiatives to divert cases to diversion programs.

He received the Defender of Children’s Rights Award from the the National Juvenile Defender Center (2017), the Outstanding Service Award from the Department of Justice’s Office of Justice Programs (2017), a Special Recognition Award For Exemplary Service in Juvenile Justice Reform from the Philadelphia Coalition for Victim Advocacy (2011), and the Champion for Change Award from the John D. and Catherine T. MacArthur (2011).

Listenbee is also an author, lecturer, and justice system policy expert. He has a Bachelor of Arts (1972) from Harvard University in Political Science and his Juris Doctor (1978) from the Boalt Hall School of Law at the University of California, Berkeley, CA.