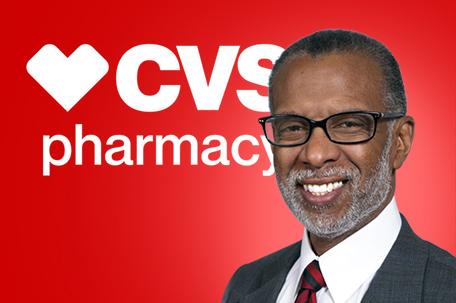 “CVS officials met with us and were willing to listen to my request that the minimum wage be increased,” Haywood said.  “I believe our community activism, including the local rally outside the Lincoln Avenue pharmacy in January, was an element in the decision to raise the wage.”

Haywood, along with Rev. Kent Matthies of the Unitarian Society of Germantown, led the rally on Martin Luther King Day.

“CVS made the right decision to increase its wages for workers,” Haywood said.  “I am pleased that they were willing to address wage disparities and help working families.”

Haywood also sent a letter and communicated with CVS via email to indicate why they were holding the rally.

“Our intention was to use social advocacy and activism to push for an increase in the minimum wage for CVS employees,” Haywood said.

Haywood said he asked CVS to raise its minimum wage to $15 per hour. The senator added that CVS followed up and scheduled a meeting to discuss its wage rate.  That meeting was held on Jan. 11.

At the meeting with CVS, Haywood said officials from the pharmacy chain did not immediately respond to his demand to raise the wage.  He said they told him that they had not contemplated raising their wage at that time.  However, they also indicated that they would consider his request, but asked that the rally be delayed.

Three weeks later in early February, CVS announced that it was raising its minimum wage for workers to $11 beginning on April 1.

“CVS responded and should be applauded for taking this action,” Haywood said.  “The increase is not at the level I requested, but it is a significant jump and will help CVS employees.”

Haywood said he hoped that other large companies would follow CVS and raise their minimum wage to at least $11 per hour.

The wage increase for CVS workers has broad reach both in the Haywood’s district and throughout the state.  According to data supplied by CVS, the increase will help nearly 4,000 workers in Pennsylvania and result in a more than $5.2 million economic impact.  Nearly 100 CVS employees in Haywood’s district will be directly affected by the increase.

Based on an extrapolation of data from a study by the Center for Rural Pennsylvania, it is estimated that an increase in the minimum wage to $11-per-hour would yield over $40 million in net income for the region of southeastern Pennsylvania he represents.

If the wage were increased to $11, the federal government would save $5 million on health care costs, cash assistance and tax credits.