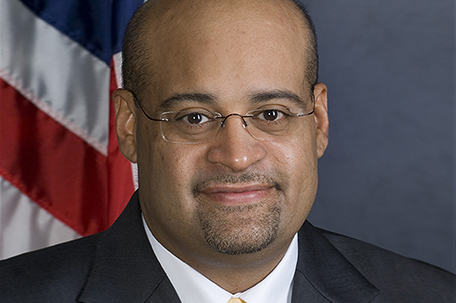 HARRISBURG–State Rep. Angel Cruz, (D-Phila)., Democratic chairman of the House Human Services Committee, today called on the Pennsylvania Department of Health to stop holding up the implementation of Act 148 of 2014, also known as “Hannah’s Law,” and begin screening newborns for the lysosomal storage disorders as called for under the law.

“This law was passed by the House, passed by the Senate, and signed by the governor,” Cruz said. “There is no question that the Department of Health must begin implementing this law and stop dragging their feet when it comes to the health of our newborns.”

Act 148, also known as Hannah’s Law is named for Hannah Ginion– who died of Krabbe disease– adds Krabbe disease and five other lysosomal storage disorders to the list of genetic diseases that hospitals must screen for in newborns. Krabbe is both a lysosomal storage disorder, as well as one of over 40 known leukodystrophies. When all variations are grouped together, leukodystrophy is as prevalent as cystic fibrosis.

Act 148 was signed by then-Gov. Tom Corbett in October 2014, yet the Department of Health has not taken the necessary steps to begin screening newborns for these disorders, Cruz said.

“I’m open to working with the Department of Health, or if need be, addressing the issue through legislative means, but it’s clear that something must be done,” Cruz said. “The money has been budgeted for the testing, and yet it’s not being done. This is unacceptable.”

Earlier this year, Cruz introduced House Bill 2096, which would prevent the Department of Health from removing diseases added to the mandatory and supplemental listing of diseases for newborn screening.

Lysosomal storage disorders are inherited metabolism disorders caused by a deficiency of specific enzymes required for the breakdown of nutrients. Infants born with these disorders appear healthy at birth and symptoms do not usually show until the child is between 3 and 6 months old.

“The bottom line at this point is that families need to know their newborns are not being screened for these diseases unless they specifically ask for it to be done,” Cruz said. “There is no reason for Pennsylvania to be so far behind nearly every other state in the country when it comes to newborn screenings. Our newborns deserve better.”