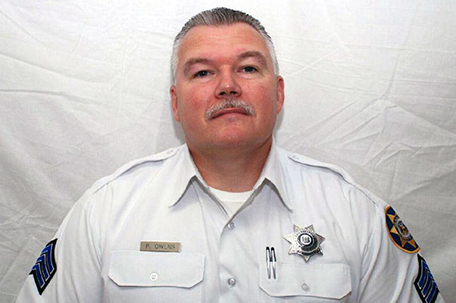 The Juanita Kidd South Center for Criminal Justice at 1301 Filbert Street was recently shut down for several days after an elevator accident injured two, including Sheriff’s Sgt. Paul Owens, who remains in critical condition.

The accident forced the evacuation of several hundred people on August 4th, and the entire building was closed the following Friday and Saturday so the other elevators could be inspected.  The building reopened on Monday, August 8th but the two elevators involved in the accident will remain inoperable for quite some time.

“We are asking for everyone to be patient, and perhaps arrive a little earlier than usual,” said Sheriff Jewell Williams.

He is also advising Court Employees and others to use the escalators for both efficiency and time, and to also bring plenty of patience if you have business at the court.

“The fact is,” Sheriff Williams said, “about 6,000 people, including witnesses, judges, attorneys, etc., all use the same public access to this building on a daily basis and may have to adjust their times in anticipation of delays based on the lack of elevators”.

Meanwhile, Sergeant Owens, 49, remains in an induced coma and is partially paralyzed.

Sheriff Williams describes Owens, a 29-year-veteran of the Sheriff’s Office, as a “firm, serious worker”.

His wife, Heather, is also a former sheriff’s deputy.  The couple have two children, including a son who is delaying military service to be with his injured father.

A second court employee injured in the accident in an adjacent elevator has been treated for minor injuries and released.