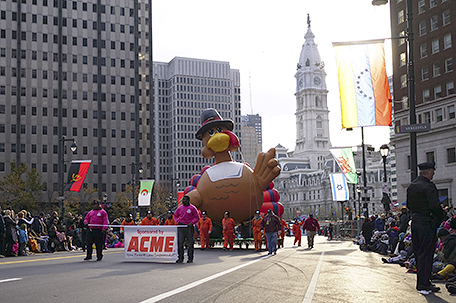 PHILADELPHIA  — The country’s oldest Thanksgiving Day parade is returning to the streets of Philadelphia after taking a year off for COVID-19 restrictions.

City officials announced last week that Philadelphians who mask and socially distance will be welcomed along the city’s parade route to watch balloons, performers and floats — many celebrating groups that had to forego their parades during the height of the pandemic as well.

Spectators can expect to see performances by Amy Grant, Kool & the Gang, Tag Team and others.

The parade celebrated its centennial in 2019 before taking a hiatus in 2020 for the pandemic — only the second time in its history that the parade was not held. Inclement weather canceled the parade in 1971.

Philadelphia Mayor Jim Kenney on Wednesday announced the return of the parade that kicks off 9 a.m. on Nov. 25. He also said the city’s tree lighting and Christmas market will also return this year.