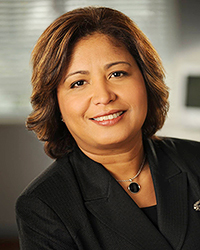 “Residents of Kensington and Fairhill are trapped in the epicenter of our opioid crisis. I have actively worked to diffuse the problem over the past decade, and in the last two years I have welcomed more active engagement from Mayor Kenney’s administration.

“Those suffering from the disease of addiction need help and a warm place to come in to safety. But they cannot be allowed to control our neighborhoods and negatively impact the lives of the families who have lived here for generations.

“Now we rush to make headlines as the first American city to open an injection site, but we are abdicating our responsibility to address both the health crisis of addiction and the community crisis that these encampments have created in the Barrio. Opening an injection site without a real plan in place will further entrench the crisis in Kensington.

“Our failure to respond to this crisis has been devastating to these neighborhoods.

“We have normalized open air drug markets and encampments with no thought for the children who walk past them every day on their way to school, and trapped seniors in their homes because of what is happening on their front steps.

“We allow bad providers to maintain the pipeline of addiction through medical fraud enabled by our lack of oversight, and we continue funding an inadequate treatment system.

“When we have hundreds on the street but 25% of our treatment beds are vacant, that is a failure of the system, and we need to do something about it.

“We must address the health and treatment needs of individuals while reducing the real and lasting harm being done to the neighborhoods and their residents.

“This is not the first encampment I have dealt with as Councilwoman for the 7th district. When an activist group established an encampment on American St., the City declared it a public health crisis within days. I worked with the administration and the activists to come up with a plan, and within weeks the site was cleared and secured.

“Years later, another encampment has evolved into a multi-site public health and safety nightmare featuring kerosene heaters, mattresses, camping gear, and toilets. It has been months, and there is no plan to deal with it.

“What is the difference between these encampments? This is an issue of race and economics. In no other part of the city would these conditions be tolerated for a single day. I will not tolerate them any longer in the Barrio.”
# # #

Councilwoman Maria Quiñones-Sánchez is a veteran activist with over 30 years of service to the City of Philadelphia, currently serving a third four-year term on Philadelphia City Council. More info at phlcouncil.com/MariaQSanchez