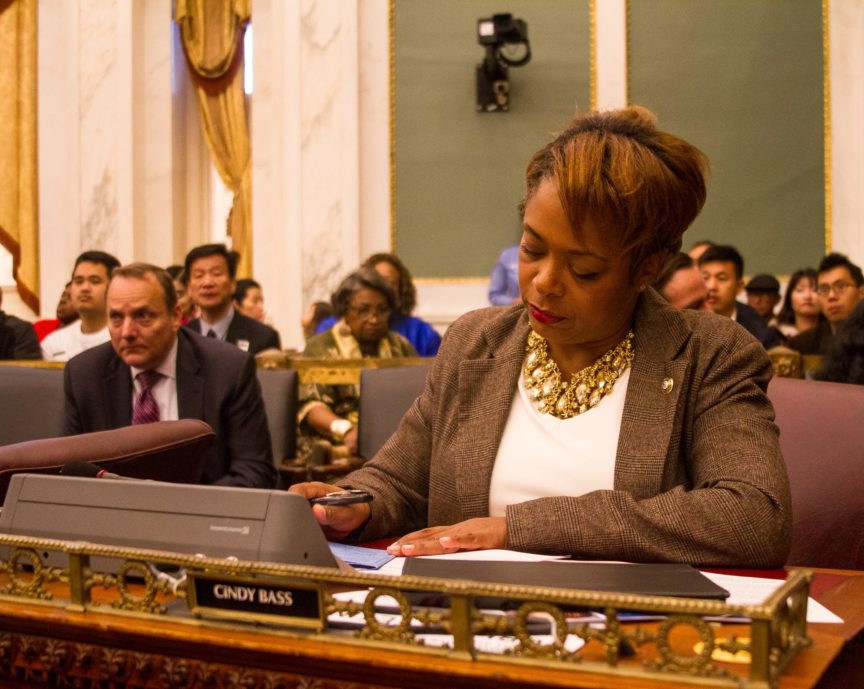 Philadelphia – December 4, 2017 – City Council’s Committee on Public Health and Human Services approved an amendment to Bill No. 170963, which creates new licensing requirements regarding restaurant establishments, and passed the bill out of committee with a favorable recommendation on Monday. The bill was introduced by Councilwoman Cindy Bass (8th District) on November 2 and will be heard on first reading at the Council stated meeting on Thursday.

“The stop-n-go business model, which allows beer and liquor to be sold to adults alongside candy and soda for children, with little to no food sales, can no longer exist in Philadelphia,” said Councilwoman Cindy Bass, who chairs the Committee. “I’m excited that we are moving this important conversation on quality of life and acceptable business practices in Philadelphia forward. This represents a step in the right direction and demonstrates what we can accomplish when government, community and business work together.”

As amended, the bill also provides that the Department of Licenses and Inspections will work to determine and announce regulations on the use or removal of any physical barrier between restaurant employees serving food and restaurant customers by January 1, 2021.

“As a sit-down restaurant staff should be available to meet the needs of dining room guests—for example, to assist if a patron is choking or having an allergic reaction,” Health Commissioner Dr. Thomas Farley testified during the hearing Monday. “The proposed bill will also align the City laws with the state liquor code, which requires 30 seats for a food service establishment to be eligible for a liquor license,” Farley said.

“I will reiterate that this bill is an important step to ensure that the City’s restaurants provide appropriate facilities for customers and serve as an asset and not a nuisance to our communities,” said Department of Licenses and Inspections Commissioner David Perri on Monday. “The best way the city can achieve this is to make minimal changes to our food license categories to accurately identify food establishments by their size, seating capacity, and facilities, so that we know who is operating as a sit-down restaurant and who is operating more as a take-out or convenience store where food is not necessarily consumed on premises.”

“Councilwoman Bass and all other city councilpersons who have been consistent in trying to make wayward stop-n-go owners do better–we applaud you,” said Thera Martin, testifying Monday on behalf of the Allegheny West Foundation and the North 22nd Street Business Association. “We appreciate all the work you have done to bring attention to this chronic and long-standing major concern in our neighborhoods.”

Said Cornelia Swinson, executive director of Johnson House Historic Site and board secretary for the Germantown Special Services District, “Councilwoman Bass represents the kind of leadership that we need right now. This bill may help usher Philadelphia towards its next level of socially conscious civic engagement. I want to express my deep appreciation for the ‘vision’ embodied in her proposed bill that seeks to begin to break down stereotypes about marginalized communities and their value.”

“I want to thank lawmakers in Harrisburg, Commissioner David Perri of the Department of Licenses and Inspections, Health Commissioner Dr. Tom Farley, community members from the 8th District and around the City of Philadelphia, and my Council colleagues for their work on helping improve quality of life in all our city’s neighborhoods,” Bass said. “Through this legislation, I believe we can create a healthy and successful business model that functions with dignity and thrives in our communities.”