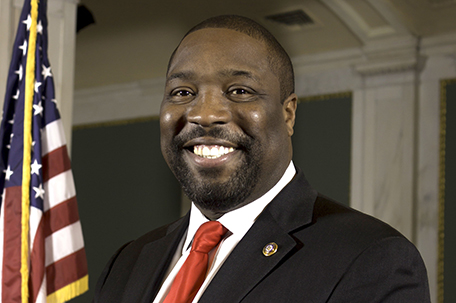 Councilman Kenyatta Johnson (D- 2nd Dist.) issued the following statement, after introducing and passing a resolution authorizing the Committee on Transportation and Public Utilities to hold hearings examining strategies to address traffic congestion in the City of Philadelphia.

“This month, the Center City District published a draft report that found 20-40 percent longer travel times for cars and bus passengers moving between 23rd and Broad Streets, when compared with 2013.

“Between construction and development, emergency street repairs, increased delivery vehicles and ride-sharing services stopping in travel lanes, there is increased congestion and longer travel times in Center City and Southwest Center City. Anecdotally, my office has seen an uptick in constituent calls about road closures and gridlock in this part of my district over the last two years, from Point Breeze to Rittenhouse, and many residents are also increasingly interested in bicycle safety infrastructure.

“There are increasing competing interests for street space that seems increasingly limited; in order to remain a growing city and work towards being a safer city, we need to be sure there’s a coordinated response from everyone involved in planning the streetscape and managing the flow of traffic in Philadelphia. We want to hear from everyone: Vision Zero, the Streets Department, the Bicycle Coalition, Uber and Lyft, traffic engineers and others on this matter.

“While we don’t have a date for the hearing yet, I encourage everyone who may be interested in testifying to please reach out to my office at 215-686-3412.”

Nov 30, 10AM: Councilman Kenyatta Johnson to honor Jerry Mondesire and 25 years of the Philadelphia Sunday SUN!