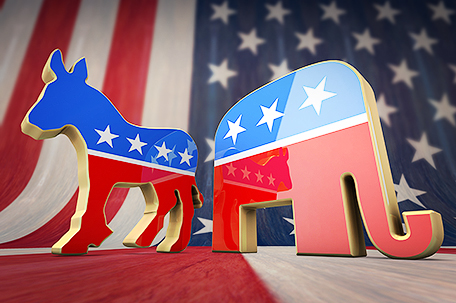 City Council President Darrell L. Clarke on Tuesday announced he would issue a writ of election to fill the At-Large Council seat vacated on Feb. 18, 2014, by Bill Green, now chairman of the School Reform Commission. The election will take place on May 20, 2014, the same day as Pennsylvania primary elections.

Council President Clarke will issue the writ of election on Monday, March 24, 2014. The Pennsylvania Election Code requires a writ of election be issued within 60 days of the designated election date.

“In order to give the County Board of Elections time to prepare the voting machines and for other steps required by the Election Code, and in order to avoid having other required steps fall on a weekend, I will issue the writ of election on Monday, March 24,” Council President Clarke said.

The special election will be a one-step (not primary) election, with the winner serving the balance of the term to which Councilman Green was elected, until Jan. 4, 2016.

The deadline for each party to file its nomination certificate designating its candidate is April 8, 2014, or 15 days following the issuance of the writ.

Democratic and Republican parties select one candidate each according to their internal party rules. Anyone intending to run as an independent may begin circulating petitions to get their names on the ballot on Monday, March 24, the same day the writ of election is issued.

“Anyone who wants to serve the people of Philadelphia ought to have an opportunity to do so. I urge all those interested in running for this seat as Independent to contact the County Board of Elections in Room 142 in City Hall or at 215-686-3943,” Council President Clarke added.

Independent candidates must collect a minimum of 1,785 valid signatures to get on the ballot. Democrats and Republicans wishing to run as Independent must re-register their party affiliation by the date he or she files nominating papers.

The deadline to file nomination papers is the same as the deadline for the parties to file their nomination certificates:  April 8, 2014.

All registered voters, regardless of party, may vote in this special election. The deadline to register to vote in this election is April 21, 2014.

“I encourage all Philadelphians who aren’t already registered to get registered and vote on May 20. The predictions of a low turnout this spring are troubling. If you want more representative and responsive government, whether in Philadelphia, Harrisburg, or Washington, D.C. – you must take the time to vote,” Council President Clarke said.

Information on how to register to vote can be found on the Pennsylvania Department of State’s website, http://www.votespa.com/. Additional guidelines for interested candidates can be found on PHLCouncil.com.