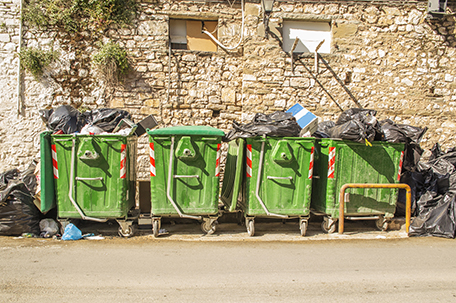 The first, Bill No. 150198 would increase the availability and strategic placement of trash cans and recycling bins in or within 10 feet of any business selling fresh or pre-packaged food, from corner stores to large retailers.

“Call it the ‘Disneyland Theory.’ When designing Disneyland, Walt Disney analyzed guests in other theme parks to find out how many steps a guest would walk without encountering a trash can before littering; he calculated an average of 30 steps. So when you go to a Disney park, most trash cans are no more than 30 steps a part.  It is simple, but makes so much sense,” said Councilwoman Reynolds Brown.

The second, Bill No. 150217 would provide tenants in buildings with 10 or more units with a place to store trash and recyclables outside their apartments. Currently, the Philadelphia Code is ambiguous about whether there is in fact a requirement to provide such accommodations.

Given that the majority of City residents are covered by a once per week trash collection cycle, apartment dwellers without common space provided by the landlord are forced to either keep trash for an entire week in their unit, or illegally place them on the street, or in the trash receptacle of a neighbor or business. Weeklong trash build-up in apartment units also contributes to rodent and pest control issues.

She added, “The intent of these bills is to get to the root of the issue, which in most cases is about a lack of access to trash cans and recycling bins, especially when we move beyond the boundaries of Center City. As a former block captain, I reject the theory that our citizens want to live in trash strewn areas and do not care about the beautification of their neighborhoods. We must do our part to make the disposal of trash and especially recyclables easy and accessible.”