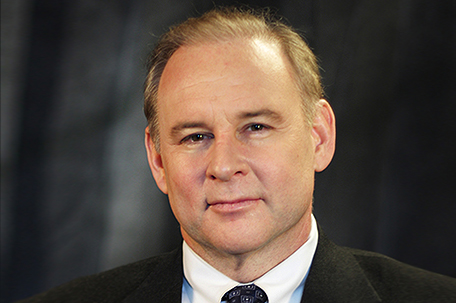 The Commonwealth of Pennsylvania is known for a lot of things including soft pretzels, Wawa, cheese steaks, and The Roots.

But it’s also known for something that the Commonwealth’s travel and tourism organizations would rather not talk about: Pennsylvania is a haven for organized hate groups.

According to the Southern Poverty Law Center’s map of hate groups, Hate Map, two of the top 10 states where hate groups thrive are in the tri-state area. New Jersey has 44 hate groups and Pennsylvania 41.

If he wasn’t aware of this before, it’s probably safe to assume that State Treasurer Rob McCord knows these statistics now. Especially since McCord has brought the issue of race, an issue that wasn’t there before, into the Pennsylvania Democratic gubernatorial primary.

At an education forum held last week at the Free Library of Philadelphia, McCord accused Wolf of being insensitive to racism due to his association with Charles Robertson, former mayor of York. When he was a police officer in 1969, Robertson allegedly led the charge in a race riot that led to the death of Lillybeth Allen, a Black woman. Robertson allegedly shouted “White Power” along with the crowd and gave the other officers ammunition to use on the rioters.

Fast forward to 2001 and Robertson’s run for a third term as York’s mayor. Robertson and the two officers that were working with him were arrested for Allen’s murder. Wolf, his campaign chair, stands up for him because they had worked together on neighborhood revitalization projects in the city.

It’s a cudgel that McCord, who is 20 points behind Wolf in most polls, has been beating the frontrunner about the head with. In addition to the charge at the education forum, he’s also put out a television ad asking why Wolf stood behind Robertson and why he hasn’t addressed the issue at any time since.

The reaction from Democratic Party leaders was swift.

“The ad that Rob McCord has put on TV alleging that Tom Wolf is insensitive to racism is…wrong,” Rendell said. “It’s ill-conceived. It’s not the type of ad that makes me proud to have spent my life and career in politics. The ad implies that what Tom Wolf did in the Robertson case was analogous to what Donald Sterling and his conduct with the [Los Angeles] Clippers. Tom Wolf is not racially insensitive. He is not a racist.”

Because of how far behind he is in the polls, Rendell said running the ad smacked of desperation. Charges like this will hurt the nominee in November elections, Rendell said.

“Rob McCord is a good guy…but he’s losing,” he said. “This is not the way to win elections.”

McCord disagreed. At his own news conference later that day, McCord said that he wasn’t accusing Wolf of racism, he’s accusing him of bad judgment.

“Think about being 53-years-old in 2001,” he said, “and imagine that you are helping elect a mayor or a governor and you learn that the candidate that you’re pushing for re-election admits openly to dangerously tragic racist behavior and beliefs. Would you denounce that candidate or would you stand by him? For most of us, it’s a no-brainer. You’d step away. You’d do what [NBA Commissioner Adam Silver] did when he saw evidence of ugly, racist language. You’d show the perpetrator the door. Tom Wolf failed to lead in 2001. It‘s really that simple.”

He then indirectly chided Rendell for putting politics over this much-needed discussion.

“We’re going to drive this conversation forward.“ McCord said. “My party at its best does not back down on these matters,” McCord said. “My Democratic leaders at their best don’t ask us to walk away or just talk campaign tactics”

The SUN spoke to McCord about his vision for Pennsylvania, the Wolf ad, and why despite what Democratic Party leaders think, race can’t be off-limits as a topic in this campaign.

RM: I’m a product of the Pennsylvania Public Education system. It rescued me, so I want to rescue it from the cuts imposed by Gov. [Tom] Corbett. I want to invest in education.

RM: I’d like to impose a 10 percent driller’s tax for Marcellus Shale drilling. That would allow us to take our school funding from the $220 million given to education now to $1.36 billion. That would provide an extra $7 million to schools.

SUN: Would all of that 10 percent go to schools, or would some of that money go somewhere else?

SUN: One way that Philadelphia is different from other cities in this state is that we don’t control our own school district. The School Reform Commission and the state of the district is a sore subject here. How would you address this issue?

RM: I think that the situation in the School District is ridiculous. We absolutely need to repeal and replace the School Reform Commission. I think that there are some good people there, so we can work with them. But my administration probably won’t be able to address this the first two years because the priority has to be putting together a fair school funding system.

SUN: Another issue that has come up during the course of this campaign has been the issue of healthcare funding. Pennsylvania is one of the states that didn’t take the funding for Medicaid expansion made available through the Affordable Care Act. Is this something you would reconsider if you are  elected governor?

RM: I absolutely would because it’s not only the right thing, it’s the smart thing. Taking the Medicaid expansion funding is not only good for healthcare it’s good for the economy because it creates jobs.

SUN: Another issue that I’ve asked your fellow candidates about that’s kind of unique to Philadelphia is the issue of gun violence. Commonsense gun control is something that Philadelphia’s leaders have always called on Harrisburg to consider, but has usually been met with deaf ears. What would you do to address this issue?

RM: Obviously, there is a need for commonsense gun control and things like background checks. But while I think we can reduce gun violence, the votes aren’t there for gun control.

But that said, I think that gun violence can be reduced with a big investment in education. If you invest in early childhood education and schools, you create jobs and opportunity, something that changes the environment that leads to violence. Statistics show that most of the victims and most of the perpetrators of gun violence have one thing in common: they’re high school dropouts.

SUN: This weekend, you introduced an issue that hadn’t been present in the campaign before now, the issue of race.

Former Gov. Ed Rendell held a news conference denouncing an ad you’ve been airing that makes the argument that the current front runner Tom Wolf is insensitive to issues of racism. The ad focuses on his relationship with former York Mayor Charles Robertson, who was arrested and charged with murder in connection with a 1969 race riot.  How did you find out about this and how long have you known about it?

RM: To my staff’s credit, they unearthed this issue a long time ago. I shied away from it, but when the [Donald] Sterling issue erupted, my staff said that I had to read it. I was appalled. When the NBA Commissioner was faced with a leadership and judgment test related to racism, he passed. But when faced with a similar test, Tom Wolf failed.

I like Tom a great deal. He’s a good person. But good people make bad decisions. It wouldn’t have surprised me if he had answered questions about this issue in an elegant way, but instead he’s given us glib answers and has said “Let’s not talk about this.”

SUN:What made you decide to talk about this now?

RM: I will tell you that I’ve lost a lot of sleep with the decision to run this ad. But there’s a difference between being a good person and being a strong leader. I’d feel worse about not raising it. It’s not about the political process it’s about something more important. We have a moral mandate to talk about race. Policy is impacted by it.

SUN: Are you surprised by the reaction you got from former Gov. Rendell and Sen. Casey?

RM: No I wasn’t surprised. It’s not unusual for professional politicians to circle the wagons around a frontrunner. I have a great deal of respect for Gov. Rendell and Sen. Casey, but sometimes you have to disagree with people you respect.

SUN: Well, thank you for your time Mr. McCord.

Note: WURD-900AM, The Philadelphia Association of Black Journalists, the Philadelphia Community of Leaders, and the Philadelphia Tribune is sponsoring a Democratic Gubernatorial candidates forum, which will be held on Monday, May 12 from 12 p.m. to 1:30 p.m. at the First District Plaza building, 3801 Market St. Doors open at 11:30 a.m. To RSVP, please go to 900amwurd.com.