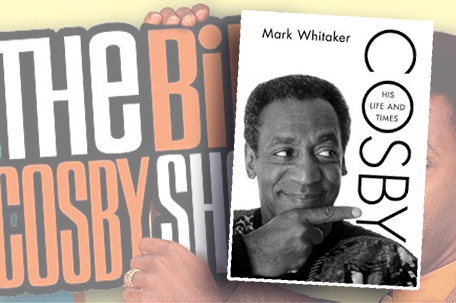 A not-so flattering book has hit the stands on celebrated and loved comedian Bill Cosby, “Cosby: His Life and Times” by Mark Whitaker claiming that Cosby had a sordid life when not playing the devoted family man on the small screen. The book alleges that he repeatedly cheated on his wife, Camille, while enjoying a hard-partying, lavish lifestyle afforded his hit series “The Cosby Show,” where he was making $1 million per episode in its hey day.  Despite the book making largely shocking claims, the author apparently eventually had Cosby’s blessing to release it.

In a column for the Washington Post, Mark Whitaker writes, “When the book was in galleys, I sent copies to Cosby’s publicist and lawyer so they would know what was coming.

“Although there were things in it they weren’t entirely happy about, they didn’t ask for any changes, because they knew I had solid sourcing for everything I had written.

“As difficult as Cosby and his representative were at the beginning, they were just as respectful of the work I had put in at the end.”