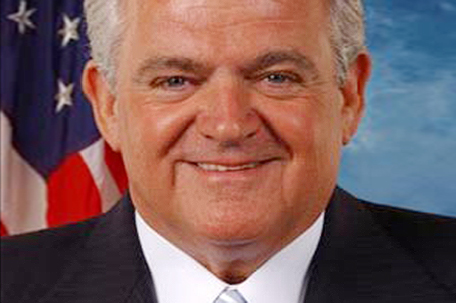 Congressman Bob Brady, (D – PA) joined 164 of his colleagues, including all Democratic members of the House Ways and Means Committee and two House Republicans, in sending a letter to demand the tax returns of President Donald Trump for review by the Senate Committee on Finance and House Committee on Ways and Means.

Brady said, “For 40 years, our Presidents have released their tax returns in the interest of transparency, but this President has defied what is an important tradition. What is he hiding?”

The letter states: “These Committees have broad jurisdiction over a variety of laws that affect the lives of millions of Americans, including the federal tax law. The President and Congressional Republicans have been very vocal regarding their desire to enact comprehensive tax reform this Congress. We believe that it is imperative for the public to know and understand how such tax reform will benefit the President, his 564 financial positions in domestic and foreign companies, and his self-reported net worth of more than $10 billion.”

Congressman Brady says he agrees with the premise that these Committees have broad jurisdiction over a variety of laws that affect the lives of millions of Americans, including the federal tax law.

The letter further cautions, “If the President does not either release his returns or consent to examination of such returns by this Committee, we urge you, as Chairman of the Committee and pursuant to Section 6103(f)(1) of the Internal Revenue Code, to submit a written request to the Secretary of the Treasury by March 1, 2017, for copies of the President’s federal tax returns for the last ten years. These returns and all accompanying return information should then be made available for examination by all Committee Members in a closed executive session. We further request that the Committee then vote in this closed session to submit the President’s federal tax returns to the House of Representatives and Senate -thereby, if successful, making them available to the public.”

Brady re-elected Ranking Member of the Committee on House Administration