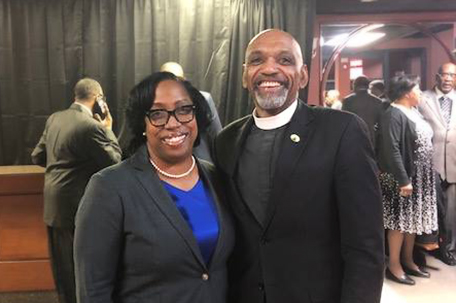 Like many of us, the Black Clergy of Philadelphia and Vicinity sat on the sidelines and waited to see who would be running for the new Congressional seats created when the Pennsylvania Supreme Court issued its redistricting map before weighing in on the races.

On Monday, the group of Tri-State area ministers broke its silence when they announced their endorsements at a news conference held at the Calabash Restaurant on Lancaster Avenue.

There were few surprises when the Rev. Jay Broadnax took to the podium.

Congressman Dwight Evans was endorsed by the group, despite being opposed by one of the group’s members, the Rev. Kevin Johnson of Dare To Imagine Church. In the end, the fact that Johnson was a member of the group wasn’t enough to sway them away from Evans’s record, Broadnax said. 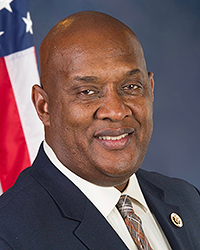 Evans promised the group that he’d continue to earn their trust.

“It should always be about the issues and about whom is the most effective,” he said. “My greatest title isn’t ‘Congressman,’ but ‘citizen.’ Of all of the endorsements that I’ve received, this one I value personally.”

Out of the 11 candidates running for the newly created Fifth Congressional District, Chester Mayor Thaddeus Kirkland was the Black Clergy’s choice. The “Survivor”-esque race features three Black candidates —Margo Davidson and Theresa Wright are the other two — but Kirkland’s experiences in creating jobs and getting resources for his constituents made him the best choice, Broadnax said.

The closest thing to a surprise for a group that mirrors the Democratic City Committee in its embrace of incumbents was the group’s decision to endorse Michelle Lawrence. The former banker got the group’s endorsement because of her tenure as a successful businesswoman and her passion for the community, Broadnax said.

While no one is certain what impact, if any, the endorsements will have, it is hoped that it’ll motivate the people in the member congregations to do something that’s become more vital than ever, and that’s vote, Broadnax said.

“On May 15, Philadelphians will participate in a critical election that will hopefully help take the rudder and right a ship that’s been going in the wrong direction,” he said. “We can’t afford to sit this one out.”