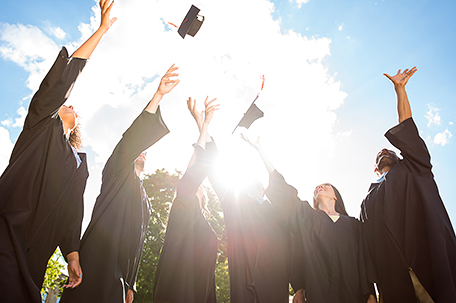 A champion of education, Evans has worked tirelessly to promote equity and opportunity, and to revitalize neighborhoods

U.S. Rep. Dwight Evans (D-PA.) will be the commencement speaker for Community College of Philadelphia on May 4, 2019 at The Liacouras Center. Evans, a graduate of CCP and La Salle University, has dedicated his life to the cause of urban renewal, working tirelessly to provide economic and educational opportunities.

CCP’s 53rd commencement will begin at 10 am Saturday, May 4, 2019 in The Liacouras Center, 1776 N. Broad Street. About 8,000 parents, friends and candidates for graduation are expected to attend the ceremony.

Congressman Evans, who initially was elected to the Pennsylvania House of Representatives, has broken barriers and built bridges during his storied career.

He made history in 1990 by becoming the first African-American chairman of the Pennsylvania House Appropriations Committee, a position he held for two decades. In that role, he was instrumental in helping Philadelphia and communities across Pennsylvania receive funding for economic development, job training, education, infrastructure and the arts.

In 2016, constituents elected Evans to Congress. In his first two years in Washington, Evans served on the House Agriculture Committee and worked on the Farm Bill, a major bill Congress only passes every five years. He successfully pushed to keep the Farm Bill from including work requirements that could have denied millions of people who benefit from the SNAP food assistance program, formerly known as food stamps, the help they need to keep themselves and their families from going hungry.

In January of this year, the congressman was named to the powerful House Ways and Means Committee, which oversees major issues including taxes, trade, Social Security and Medicare.

During his time in the Pennsylvania Legislature, Evans championed the Pennsylvania Fresh Food Financing Initiative, which links public and private funds to expand and build grocery stores in food deserts across our state. Through the initiative the congressman brought nearly 100 grocery stores to underserved areas across the state that previously had very limited access to fresh fruits and vegetables, and created more than 5,000 jobs.

The Obama administration championed Evans’ approach and used the Pennsylvania initiative as a model for the nation, replicating it in several other states across the country, including California, New York, New Jersey, Louisiana, and Illinois.

In 2013, Evans released his political biography titled, “Making Ideas Matter: My Life as a Policy Entrepreneur,” written with Pulitzer Prize-winning author William Ecenbarger, and published by the University of Pennsylvania’s Fels Institute of Government.

The congressman has deep roots in the district. One of five children, he grew up in North Philadelphia and Germantown and today lives just minutes from his alma mater, Germantown High School.

Would all of Dwight Evans’ friends and cronies please stand