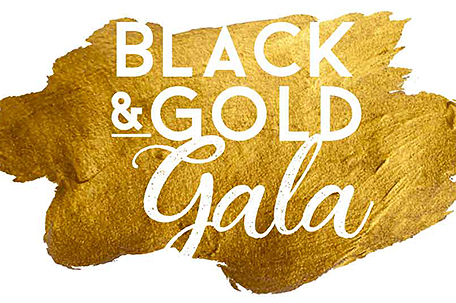 People from all walks of life have joined together to help motivated, low-income high school students in this city transform themselves and the community by providing the opportunity to earn an associate degree from the Community College of Philadelphia at no cost for tuition and fees.

Together, people who recognize that the City’s College is a crucial driver of economic opportunity and growth, are raising funds at the Black & Gold Gala, which will be from 6 to 10 p.m. June 13 at Vie, 600 N. Broad St. Tickets are $250; sponsorship opportunities are still available at www.ccp.edu/blackandgoldgala . Proceeds will benefit the College’s 50th Anniversary Scholars Program.

Since the Scholars Program began in April 2015, 735 Philadelphia graduates from public and private high schools have received approximately $580,000 in Promise scholarship awards, which put a college education within their reach.

“The ultimate goal is to ensure that any eligible Philadelphia high school graduate who wants to go to college is able to do so,” said College President Donald Guy Generals.  “Since we launched our Scholars program, other cities competing against us have done the same, including New York and Boston. Raising private dollars to sustain this program is more important than ever. There is a race for the future and it will be won by cities with highly-skilled workers.”

In other cities, former President Barack Obama’s call to fund “Promise Scholarships,” for community college students has been answered by public leaders seeking a competitive workforce in the global economy.  But in Philadelphia, the worthy work is being done by ordinary people with a shared purpose – the mayor of Philadelphia, an entrepreneur who started a chain of coffee shops, a pastor’s wife whose congregation raised $100,000 on one Sunday, a lawyer, a health insurance executive, a publicist and an Eagles player, just to name a few. 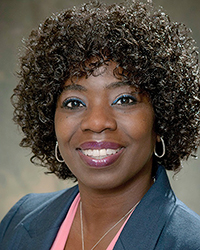 “We have brought together an amazing group of individuals who understand and remain dedicated to expanding the Foundation’s commitment to transforming lives and empowering students for success,” said Dr. Ellyn Jo Waller. Educator, community advocate and First Lady of Enon Tabernacle Baptist Church, Dr. Waller is president of the Community College of Philadelphia Foundation. Passing the plate, Enon members raised $100,000 for the Scholarship Foundation in a single Sunday. Foundation board member Eagles safety Malcolm Jenkins has been generous with his time and support as well.

The Honorable Mayor James F. Kenney will serve as the gala’s 2018 Honorary Chair, Independence Blue Cross is the presenting sponsor, and 6ABC Anchor Rick Williams will be the Master of Ceremonies. The event is sponsored by the diverse Board of Directors of the Community College of Philadelphia Foundation, which provided the initial funds to establish the scholarship.

Among those attending the gala will be Promise Scholars Alexa Eddy, a cancer survivor and future surgeon, Sheril Pinnock, a teenage mother who attended College classes while in high school, and Shannon Thompson, whose success at the College has inspired her mother to pursue a degree. Both will attend Drexel in the fall.

“Not everyone is born with a silver spoon in their mouths. A lot of people are poor, but they could have been that link to so many things that could make a difference in the world, if they could have gone to College,” Alexa, 20, said.

The Black & Gold Gala will recognize outstanding service by individuals and organizations that support community growth in education, business, social services and health.

Independence Blue Cross will earn the Corporate Leadership award for enhancing the well-being of communities it serves and for its community partnerships.

Ronald W. Davis, Director of Diversity and Community Affairs at Parx Casino, will receive the Community Hero Award for his support of the College’s Center for Male Engagement to help fund the Strong Lives, Strong Futures, Strong Men Scholarship.