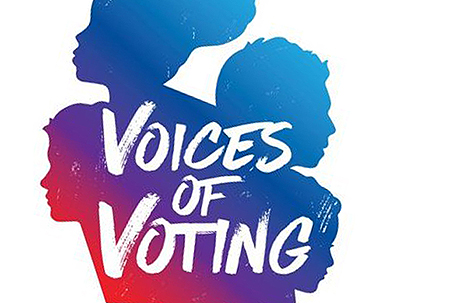 On Martin Luther King Day, Jan. 16, 2017, 10:30 AM at the Overbrook Educational Center, 6722 Lansdowne Ave in the gymnasium, 250 community members in attendance including: 10 year-olds through college students and community members/parents will participate in the “Voice of Voting” event.

“Voices of Voting” is a short play targeted for young and diverse audiences that takes as its source material and starting point the 1965 Voting Rights Act, which bans racial discrimination in voting practices and is widely regarded as enabling the enfranchisement of millions of minority voters and diversifying the electorate and legislative bodies at all levels of American government. ADMISSION IS FREE.

Written and directed by the award-winning David Bradley, Voices of Voting brings to life the stories of those who fought to achieve voting rights in 1965, including Martin Luther King and Congressman John Lewis — their personal struggles and political courage. Three actors play more than a dozen characters in an event full of audience participation and laced with live music from the award-winning hip-hop/funk/jazz collective ILL DOOTS. The 30-minute play is followed by a 15-minute town hall-style question-and-answer session in which the piece’s three actors engage directly with the audience, letting audience members speak their arguments for and against voting.

A core mission of the Committee of Seventy is to promote active citizenship. Democracy only works if citizens actually go to the polls, yet upcoming generations of voters have proven extremely uninclined. In Philadelphia, data provided by the Office of City Commissioners reveals that 70 percent of 18- to 35-year-olds have not voted in any of the last five elections, and a staggering 88 percent of them sat out Philadelphia’s 2015 municipal elections, which included the highly publicized mayoral race. The upcoming May 2017 primary race for Philadelphia’s district attorney and controller is expected to draw less than 15 percent turnout overall.

The Martin Luther King Day performance of Voices of Voting has been underwritten by the Comcast Corporation, PECO Energy and a donor who wishes to remain anonymous.