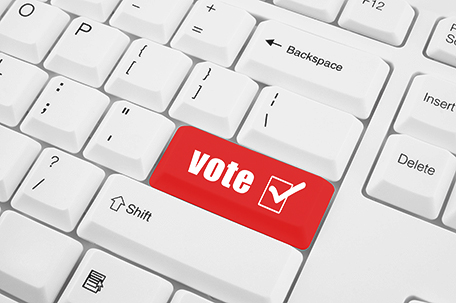 The Committee of Seventy today expressed support for the decision by the Wolf Administration to implement online voter registration (OVR) in Pennsylvania. President and CEO David Thornburgh said, “Pennsylvanians have taken a crucial first step into the 21st Century by joining other progressive states in removing barriers to voting, the foundational privilege of our democracy. We hope this signals openness to other election reform policies which could help increase turnout in federal, state and local elections, foster competitive elections and elevate candidate quality statewide.”

Seventy’s support for online voter registration stems from its benefits to Pennsylvanians including:

• Government efficiency: Replacing unnecessarily slow and expensive voter registration with paper forms will provide significant savings. Of thirteen states with OVR surveyed by Pew’s Election Initiative in 2013, 12 reported that cost savings is one of the most significant benefits. Estimated savings have ranged from $0.50 to $2.34 per registration. Paper forms will still be available for those without access to a computer.

• Improved access: Citizens expect simple transactions to be possible online. In addition to eliminating the task of acquiring and mailing a hard copy document, electronic registration can allow enhancements in language access, confirmation of registration receipts for voters and mobile access.

• Security of process: Of the now 22 states that have implemented OVR, none have reported a security breach to date. Election officials maintain that, although attempts to hack systems occur, proper cyber security protocols keep users’ private information safe.

• Increased turnout: Improved information to aid voter turnout by campaigns, advocacy groups, or non-partisan groups like Seventy are significantly hindered by voter databases riddled with errors, many of which are due to records not being updated as voters move from one jurisdiction to another. Online voter registration greatly lowers the barrier for users to keep records up to date, decreasing the number of erroneous records.

Seventy’s board endorsed online voter registration as part of a larger election reform effort. Seventy expects to focus on election reform as the city holds its municipal elections in November and state and federal primaries in April 2016. Thornburgh added, “Seventy is proud to stand with other supportive organizations such as Common Cause, ACLU, the Pennsylvania Business Council and the Commonwealth Foundation to endorse the implementation of this tool which enjoys bipartisan backing. We look forward to using this as a first step to exploring additional reforms to improve our politics and elections in an effort to foster a better Pennsylvania.”