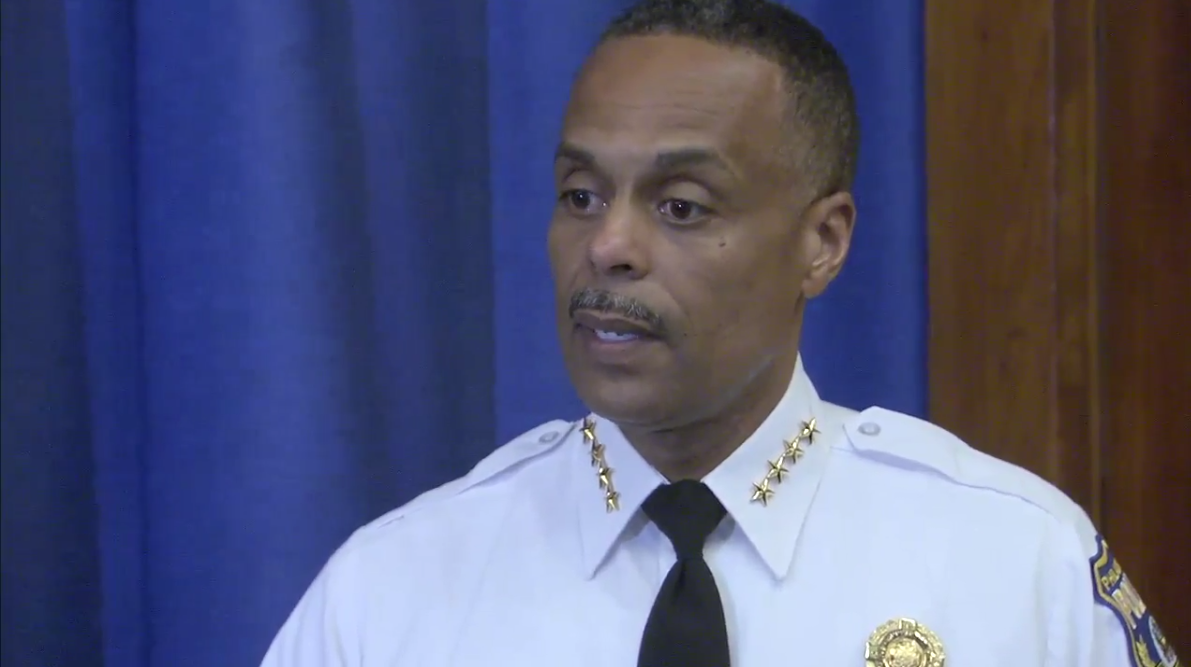 Suspended police officer Ryan Pownall cannot consider getting job back until Attorney General determines if there will be criminal charges.

Police Commissioner Richard Ross held a press conference Thursday announcing the suspension with intent to dismiss of one of its officers involved in the controversial fatal shooting of David Jones.

Ross stated that Officer Ryan Pownall who killed David Jones as he was running away will be suspended for 30 days and will then be dismissed from his job citing violation of policy.

Ross repeatedly referred to Officer’s Pownall’s “poor judgement” noting that the officer did not follow police department policy but instead elected to take aim and take two shots at Jones while he ran away.

The commissioner also noted that the police department had an obligation to hold the officer accountable.

“There is a responsibility on our part to hold Officer Pownall responsible for what happened,” said Ross.

Officer Pownall did not call for back up until after he fired his weapon. Video showed that the officer was not in danger when he fired at the suspect as he ran away.

Ross stated the next course of action will be for the Attorney General’s office to determine if there will be criminal charges.

“There’s also a potential criminal investigation that’s underway and that’s being done by the Attorney General.  That’s a hurdle that would have to be dealt with by Officer Pownall first before he could even think about trying to get his job back.”

“There are some serious issues with departmental violations that happened and that needed to be addressed.”