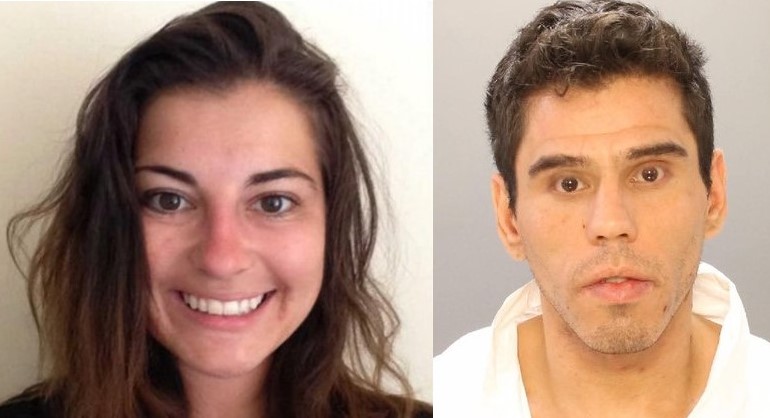 UPDATE, 5:33 pm: AP is reporting that an  autopsy examination has determined that Jenna Burleigh was killed by a combination of blunt force trauma and strangulation.

Joshua Hupperterz, a former Temple student with a criminal history, has been charged in the death of a 22-year-old missing woman.

Police confirmed during a Saturday evening press conference that the body of missing Temple student Jenna Burleigh had been found Saturday afternoon in Wayne County, PA.

“We don’t know how she died,” said Philadelphia Police Commissioner Richard Ross citing that it is still early in the investigation.

Although charges against 29-year-old Hupperterz were being processed during the conference, Ross stressed that the investigation is far from over.

“There are a lot of things we just don’t know right now,” said Ross.

The investigation initially led to an apartment on the 1700 block of north 16th Street and then to two residences in Jenkintown and later to Wayne County.

Ross stated that the police received information from various sources. However, he does not know what those individual’s relationship may be to the case. He is not certain that information provided was not from those who may have actually participated in the crime.

“I want to be clear about the fact that there is a lot involved,” said Ross.

Ross would also not divulge details on if a murder weapon was found.

“We still do not even know the cause of death. We do believe obviously that unfortunately she was killed. But, we don’t know how,” said Ross.

The suspect and victim did not have any prior relationship and were not acquaintences before their fateful meeting at Pub Webb on the 1500 block of Cecil B. Moore Avenue in North Philadelphia.

Burleigh’s body was found in the suspect’s grandmother’s home.

Hupperterz gave a statement admitting to ‘elements of the crime’ said Ross.

At this point in the investigation, the murder does not appear to be premeditated.

Joshua Hepperterz has prior run-ins with the law including burglary.