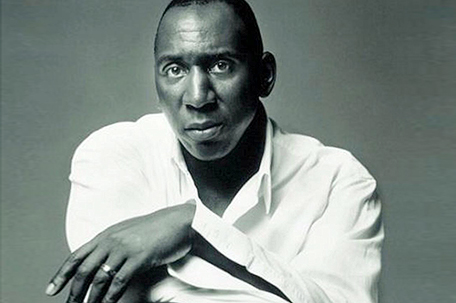 Have you ever played the game “What Would You Do?”

Lionsgate seeks to answer that question in its new action thriller “The Commuter.” Michael, played by Liam Neeson, experiences a series of unforeseen circumstances, paired with the promise of a large sum of money for doing one task on his daily commute on the train. He is tasked with finding one person on the train before the last stop. The story unfolds in a way that is sure to keep audiences on the edge of their seats with constant twists and turns. London- based actor Colin McFarlane is front and center for a ride that is anything but ordinary as Sam, the conductor of the train. McFarlane spoke about his experience during this action-packed adventure.

McFarlane was born in Clapton, England. He began studying theater at The Perse School Cambridge, eventually earning a degree in drama from Loughborough University. He’s a seasoned actor who has also been featured as Police Commissioner Gillian B. Loeb in “Batman Begins”, which also starred Neeson, and its sequel, “The Dark Knight.”

McFarlane spoke about his experience working with the legendary actor.

“It’s very exciting because ‘The Commuter’ has an all-star cast and from an acting point of view, you want to work with the best people,” McFarlane said. “Liam Neeson is one of my heroes! I worked with him on “Batman Begins”, but we never had any actual scenes together.  I had never been on screen with him at the time, so this was a great opportunity to do that. He such an amazing actor! Everybody that I’ve spoken to about this film, when I say I’m working with Liam Neeson they just go, “I love him”… everyone loves him!”

McFarlane had equally complimentary things to say about his director Jaume Collet-Serra and cast members who included: Vera Farmiga, Patrick Wilson, Sam Neill and Jonathan Banks. The dynamic cast keeps the audience guessing as they try to uncover what’s going on. McFarlane described the plot from his perspective.

“Vera Farmiga plays this wonderful mysterious woman Joanna on the train, that puts this kind of tantalizing proposition to Michael,” McFarlane said. “She sort of asks him a hypothetical question… ‘if you could find someone on the train before you get to the end of the line without knowing what the outcome is would you do it for $75,000?’ And he’s thinking ‘what?’ And we as the audience are all thinking ‘what?’ And then before you know it you’re launched into this incredible action-packed thriller that has you on the edge of your seat and it’s got all these twist[s] and turns right through to the end.”

“Personally, I think it’s one of the best action thrillers I’ve seen in years. I mean it’s just brilliantly done! The way Jaume plays with the suspense is superb… I mean you really don’t see what’s coming next,” McFarlane added. “It’s like this great combination of fantastic script, fantastic leading man, all-star cast, with a story that has you on the edge of your seat… what’s not to like?”

When it comes to action thrillers, a large component of pulling audiences into the story and keeping them engaged boilsdown to the characters.   McFarlane shared the responsibilities of Sam the conductor, and how his role is key in the overall story.

“The director said when we were making the movie, ‘As Sam the Conductor, you’re kind of the captain of the ship, Colin. So when things start to get a little scary, your one priority is to look after your crew, which is in effect your passengers,’ McFarlane said. “Liam’s character, Michael, who is an insurance salesman at the beginning of the movie, rapidly gets sucked into this conspiracy and the stakes are higher and higher. For my character, Michael is one of my favorite regulars traveling on the train, so I’m rooting for him when things start to go a little awry. Without spoiling it for the audience he kind of comes to me for help.”

In addition to “The Commuter” being an action-packed thriller, it serves as a lesson in empathy as well. Neeson‘s character Michael is in a financial bind. He is offered a way out of that bind, but doesn’t know how this ambiguous task that will grant him lots of money will affect all of the other people on the train. McFarlane offered his thoughts on the weight of such a dilemma.

“If someone said to me, find someone on the train before it gets to the end of the line but you don’t know what the consequences of that are, and you are going to get a lot of money… you have to ask yourself would you do it? And I think we are in Michael’s head as he’s thinking about that. There is a really wonderful saying in the film that goes something like, how do you really know who a person is? How much do you really know somebody… which is again a very significant question when you see what happens in the movie.”

“The Commuter” will keep the audience guessing right up until the end. McFarlane also says that he hopes this film will offer the audience a new perspective on the routine of their lives.

“ I think what I liked about the film is that most people have a job that is the same routine every day, every week,” McFarlane said. “They get on the same bus or on the same train, go to work and do the same thing.  Once Joanna puts this proposition to Michael, it kind of breaks up his day… Oh, something different, something new, ok let’s go with this. You could argue at the end of the movie that maybe you’re boring humdrum life isn’t so boring! Maybe you should stick to the straight path because you see him taking a different route and the consequences are pretty heavy.

“Maybe the audience will say, boy I’m glad my commute wasn’t like that!” McFarlane added with a laugh.

Colin McFarlane is sure to have continued success as Sam and in all of his future roles. Stay tuned for his upcoming role as Ulysses in season 4 of “Outlander.” Follow his journey on Twitter @colinmcfarlane. “The Commuter” is a film you don’t want to miss! “The Commuter” will be in theaters nationwide on Friday, January 12th. Check your local listings for show times.