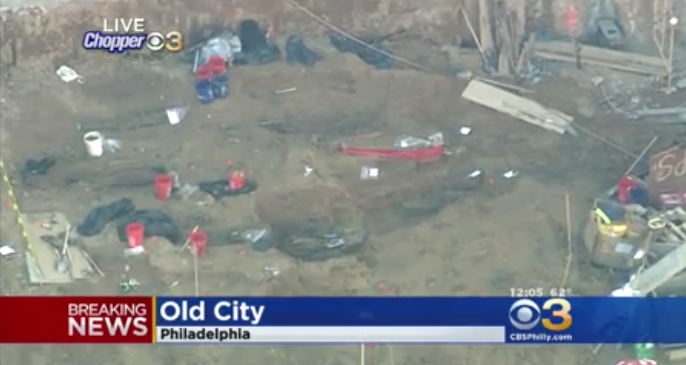 PHILADELPHIA (CBS) — Several coffins have been uncovered at a construction site in Old City, Philadelphia.

The coffins are being dug up on Arch Street near the Betsy Ross house between 2nd and 3rd Streets.

CBS 3 is told the construction site used to be a cemetery for a neighboring church.

It’s not clear how many graves are there, and workers have been told not to speak.

Chopper 3 was over the scene and workers could be seen digging up multiple coffins.

They were also seen sifting through dirt and putting items into gallon-sized Ziploc bags, though it’s unclear what the items were.

CBS 3’s Anita Oh is told a 12 to 13 story apartment complex is going to be built at the site.

Contractors on site are currently working to put up fencing.