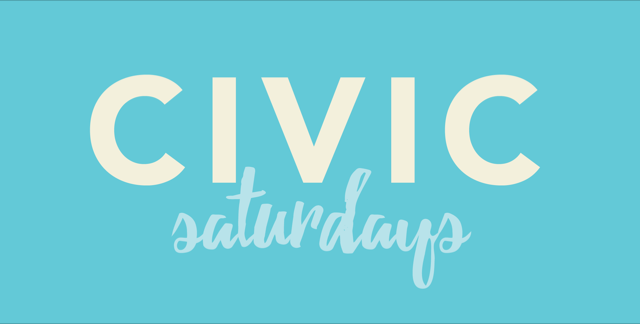 By Amy V. Simmons
If one thing was revealed as a result of last year’s presidential race, it was the dearth of basic civic education beyond the limited amount taught in elementary school, followed by a brief refresher in high school.

By the time the average American reaches the voting booth for the first time, they have often forgotten most of what they learned, which wasn’t much to begin with. Even some of the officials elected – including those in the administration – often appear ill-informed about basic governmental functions, up to and including the role of the Constitution that they all swore to preserve, protect and defend — or to support and defend it, in the case of members of Congress.

Community advocate Malcolm Kenyatta has decided to address this dilemma in a free monthly series of public education workshops he has called “Civic Saturdays.”  Each workshop covers the basics of American civics and government, including the history behind it. However, the focus of the workshops will not be on individual campaigns or political parties.

“We’re not getting involved in specific races, but we are going to be about educating folks,” Kenyatta said. Based on initial feedback from the first workshop, he believes that teaching people about gerrymandering and other topics related to how our local government is constituted is also crucial.

The idea for “Civic Saturdays” came to him during the campaign.

“I was a surrogate for Secretary Clinton during the campaign,” Kenyatta said. “Going around the region and going around the city, sometimes I would catch folks who would care a lot, but not have the information they needed to make the important decisions they wanted to make. I asked [myself] ‘what can we do to educate people about the basics of how things are done and how things work in our government?’”

Kenyatta facilitated the first installment of the series on March 11th, entitled “Divided America” at the Berean Presbyterian Church in North Philadelphia. The workshop focused on the role of each of the co-equal branches of the federal government, and on the importance of checks and balances, particularly in the current political climate, where the Separations of Power the founders enacted are being put to the test.

After being given an overview of these core principles, the attendees participated in a group exercise, in which they were divided into subgroups representing these branches of government. Each group was then given a hypothetical case upon which they to approach from the perspective of the branch of government they represented without violating the Constitution. The exercise – which was spirited and educational at the same time – illustrated why the separation of powers are so crucial in our government.

Pennsylvania State Senator Sharif Street (D-3rd Dist.) gave the group an overview of his typical work week to illustrate just how much of a balancing act legislators face in order to make Pennsylvania state government work. Each district has specific issues that constituents want to see addressed – such as education funding, retraining of former coal mining employees and healthcare – so lawmakers must continually compromise and negotiate with each other to get any legislation passed.

Philadelphia St. Rep. W. Curtis Thomas (D-181st Dist.) –who joined the group at the end of the workshop due to a prior commitment – spoke with attendees and constituents privately afterward.

Overall, Kenyatta has high hopes for the series going forward.

“The hope is that I’ll bring in other facilitators – professors, teachers, other community members – who have a topic that they really care about,” he said. “I hope that we get to a place that we recognize that our government is not on auto-pilot. As citizens, we have an important responsibility.

That responsibility is to be engaged, to be educated, to know what’s happening. The hope is that we start to look at our government in a different way – not as ‘What are they doing?’, but as ‘What are we doing?’ What is our country doing, and what is my role in it?”

The second workshop, entitled “Our Rights,” will be held on Saturday, April 29th from 11:00 AM – 1:00 PM at Berean Presbyterian Church, 2101 North Broad Street. The location is easily accessible by public transportation.
For more information about Civic Saturdays and to obtain free tickets for “Our Rights,” visit: www.eventbrite.com/e/civic-saturdays-our-rights-tickets-33258347613 .