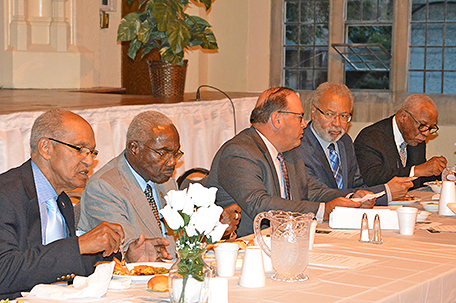 The Rev. Dr. W. Wilson Goode, Sr. will be leading an eight-part educational initiative for the Citywide Trustees of Philadelphia, according to the organization’s president Ronald J. Harper, Esq.

Citywide Trustees of Philadelphia, which has existed for several decades, announced the initiative at the church’s monthly meeting at Canaan Baptist Church in Germantown recently.

Harper expressed gratitude and enthusiasm about the participation the former mayor, who is also an ordained minister, and president and founder of AMACHI, an organization that mentors children whose parents are incarcerated.

The eight-part series, which will focus on church administration with the theme, “So You Want to be a Trustee; Now What?” These presentations will lead towards earning credits based on attendance throughout the year in accordance with the Standards of the Philadelphia Area Trustees and Stewards Registry. 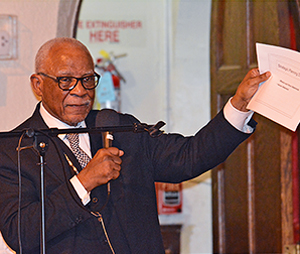 Goode, who celebrated his 79th birthday and 57th wedding anniversary with wife Velma in August, was reflective. He described his spiritual journey since his youth and almost lifelong membership at First Baptist Church of Paschall. He also explained the legal and moral responsibilities of church trustees in detail and described their role as “corporate officers.”

Goode also provided a proposed schedule of topics for the remaining meetings and facilitated a question and answer period.  Topics for upcoming meetings included: the spiritual life of a trustee; the trustee as a financial adviser; the legal status of the trustee in the church, and establishing subsidiary corporations to separate liabilities. 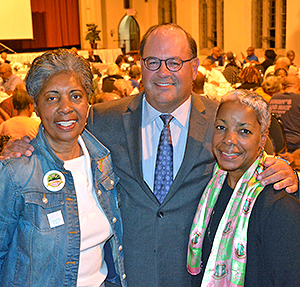 “I’m looking forward to a prophetic season, a season of gaining wisdom and understanding,” Harper said. “I expect a season of revisiting the educational tools of our stewardship as trustees, but understanding how we free up the ministry to save souls. Reverend Dr. Goode provides an opportunity to link training of trustees with ministerial perspectives of church governance towards improving the church environment for a greater witnessing of God’s promise to prosper us and not do us harm.”

“The Citywide Trustees is an association of trustees from Christian churches, who come together on a monthly basis to create an environment of mutual support and shared ministry, with the primary emphasis being preparation for leadership, church management, sharing of policies and procedures, planning, and church structure as it relates to their tax exemption[s], community development and services,” Harper continued. “The group achieves its purpose through an open forum, speakers and the collection of resources.”

Churches from throughout Philadelphia participate. As many as 80 churches have been represented at these meetings over the years.

Harper, of the Philadelphia- based Harper and Paul Law Firm, contributes much to the city. The prominent attorney’s numerous accomplishments include serving as the past president of the Barristers Association of Philadelphia and past member of the Board of Pardons for the Commonwealth of Pennsylvania. He currently serves as President of the Philadelphia Affiliate of the Susan G. Komen Breast Cancer Foundation, Race for the Cure.